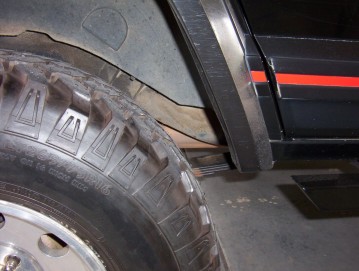 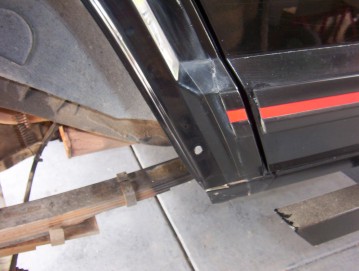 I found that the tyres would rub on the plastic inner liner at the bottom corners and very little on the flares themselves as these stick less. You can see it in the first photo how the inner sit out more. So remove the flare and clean out all the muck and you end up with above. 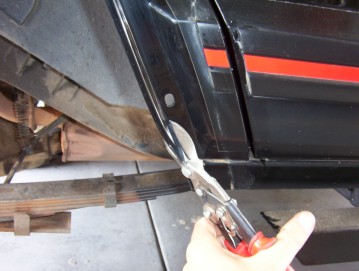 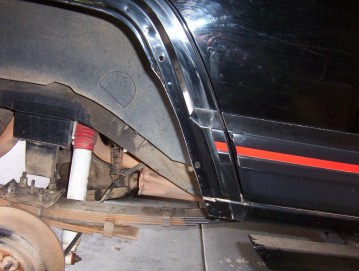 Now just using tin snips, remove the folded part of the guard as shown. Run it up to just short of the next hole but don't go any wider than this otherwise you will go through the spot welds which hold the inner guard to the outer! Having left and right handed tin snips will make the job a lot easier. 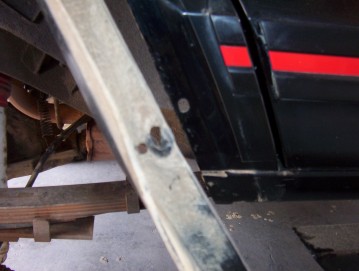 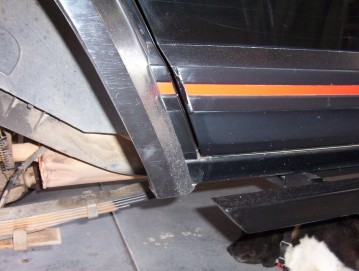 Now you need to narrow the inner liner so that it will sit next hard up against the new cut edge. Remember to paint the guard edge too. I just cut this inner with tin snips and you can see also how I had to move the bottom hole over. 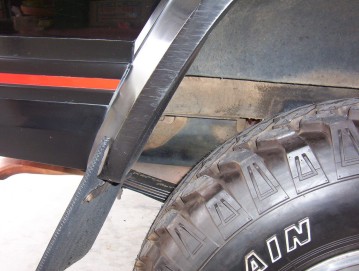 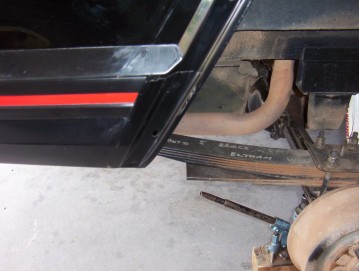 The other side of the wheel arch is the same technic as what has just been shown. The inner on this one though stuck out a lot more so more clearance was gained. 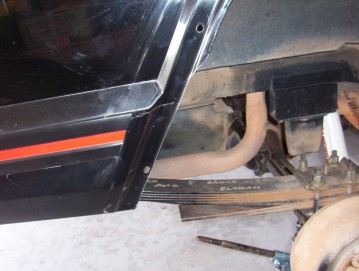 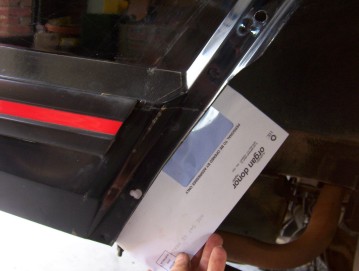 After the cutting was finished I had to slot the hole over so I could get the inner and the flare to move across as much as possible. 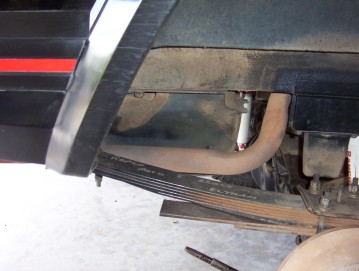 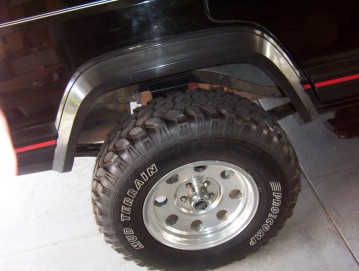 Now it is time to bolt the flare back on. Now when you are doing so you should try to spread the flare as wide as possible while bolting it up. You will need to re-drill the bottom self taper hole so you can push the flare back as far as it can go.

This is David's XJ that I worked on and he is running a 265x75x16 tyre which has the same true height as a 32x11.5x15 with a 3" bumpstop drop and clears at full stuff. He has 4.5" lift but remember it does not matter what height you start at, at full compression against the bumpstop is what matters. With the same trim on mine, I clear 275x70x16 which are bigger than a 31", with only a 2" upcountry bumpstop drop which were also used on David's. They are 1" longer than Limited or stock ones. I have run 31's with this setup and only upcountry bumpstops and cleared them just but only if they were not BFG's. The reason is that BFG 31's measure 30.7" true height but most other brands only 30.3"! With BFG's you can run it with this trim and upcountry bumpstops and an extra 1" drop as well which is just a 2"x1" tube bolted in between.

Remember that the Jeep will handle safer with the dropped bumpstops and you maintain the up to down travel ratio if you also raise the axle shock mounts or make shock extensions shown here used on the front, ( the rears would be different ) to get the lost travel back.