To gain more clearance as well as getting more down travel to replace the lost up travel due to the fitting of lower bumpstops I cut the mounts as shown. You can only do this if you have reduced the up travel by 2" by lowering the bumpstops as shown here otherwise your shocks will try and push through the floor under full compression. This set I raised then 50 mm but you can still get the idea from this diagram that I drew up years ago from my first time. 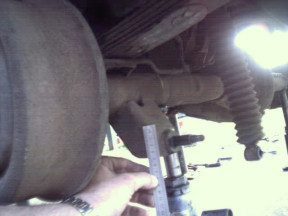 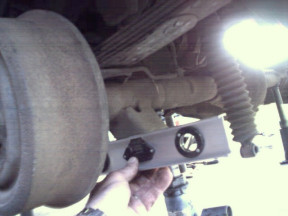 First measure up 50 mm and then follow a mark all the away around using a level as a guide. 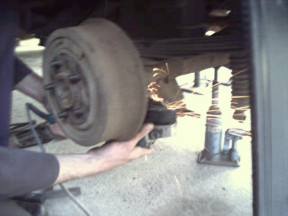 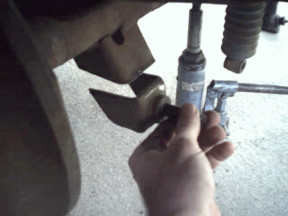 I then used a angle grinder with a cut off wheel to cut below the line to remove the bottom half. 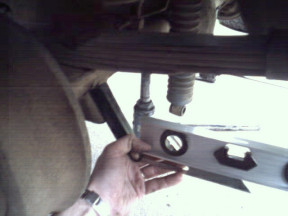 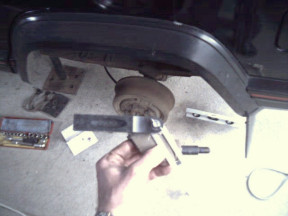 If you set up a bevel square with a level like above and then transfer that angle to the cut off part of the bracket, you will end up with the shock stud horizontal regardless if you have rotated the pinion up or not. This a very good idea if you have fitted a SYE as will reduce shock bush wear from having a rotated pinion. Mark the line 33 mm in so the stud ends up the same distance from the axle housing as before ( 52 mm ). I found it easier to clamp it in a vice to cut it. 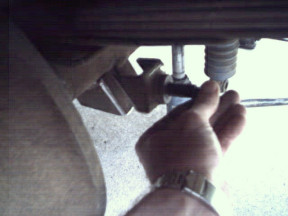 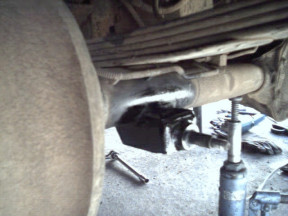 Clean up the edge of the mount so you can get a good weld in place. No welding is needed on the housing itself so no distortion occurs. Just weld up along the edge shown ground which gives a good weld as the curve of the bracket allows a nice bead to be laid down and then it can be ground flush and painted. 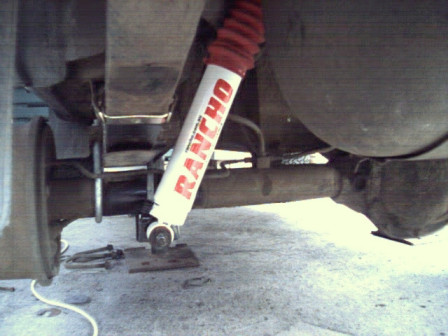 There you go more clearance and down travel to boot!