Adding and making a coil spacer

This shows how to make and add a 1/2" spacer to the front coils which is a good technic if you are levelling the car front to rear without altering the spring rate or adding a half inch lift all round like me. Can be used to compensate for heavy bumpers or springs that have sagged a little and even levelling left to right as XJ's ( ZJ's & TJ's too )  sit lower on the front right. This is due to the fact that the coil bucket on the axle sits higher on the left side to clear the diff centre housing! 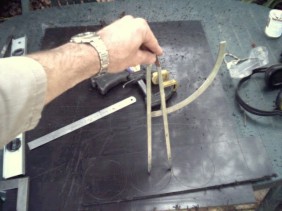 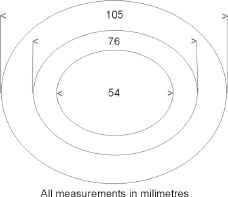 You can use two coil isolators on top of one another. I didn't have any so used 1/2" high density plastic but you could possibly use a nylon chopping board or something similar and marked out the outside circles at 105 mm or 4 1/8" and then cut around them all. The two measurements above in the diagram are to show the amount of taper needed for it to sit properly on the coil seat when installed and should be marked as well. 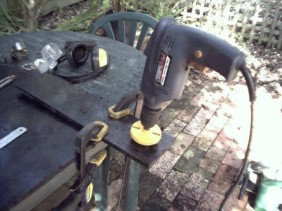 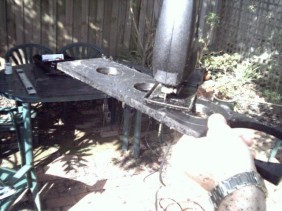 I then cut the smallest inside hole at 54 mm or 2 1/8" using a holesaw while they were still joined together to make it easier to clamp down. The outsides were then cut out using a jigsaw. The outside edges were then cleaned up on a bench grinder. 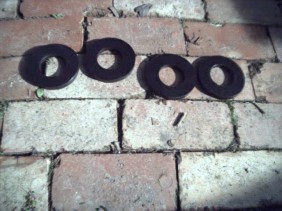 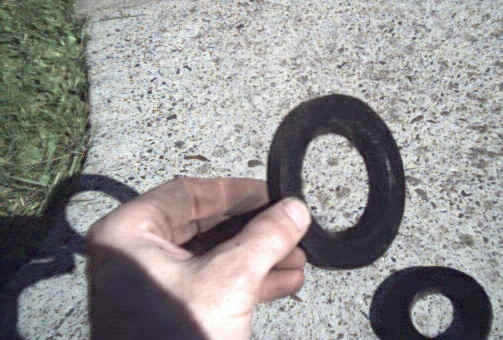 The inside has to be tapered with the top side filed out to 76 mm or 3" so that it will sit on the coil seat properly. I just held it in the vice and used a half moon wood file to file it out to the circle marked out earlier. If you are adding two then the other one only needs a small bevel on the top only. 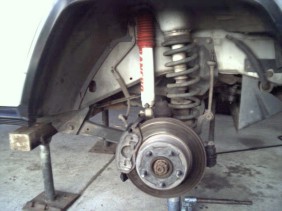 To fit the spacers and or new coils jack the axle up without using packers so you can later drop the jack to the lowest possible. Support the frame just behind the lower control arm brackets on both sides and then remove the swaybar links. Remove the shocks as well so you can get maximum droop and then the coil retainer shown by the yellow arrow. 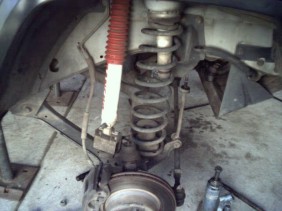 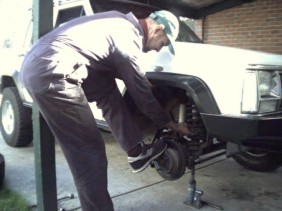 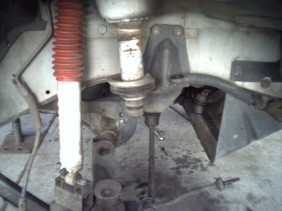 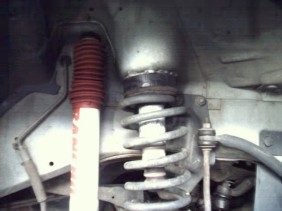 You will then be able to pull off the isolator but might need some leverage with a screwdriver if it is the first time it's been apart. You wont have the aluminium rings that I had in to level the car left to right and now replacing with a new plastic one. Just slide the new spacers in with the rubber isolator under them. Use the same technic as above to get the coil back in and rotating the coil the opposite way on the seat will get it over. Make sure the coil end is in the end of the depression. I have 4" TJ coils ( XJ stuff is very hard to get here in Oz ) which give 3" by themselves plus the spacers. If one coil is taller than the other then use that on the side that was lower to start with. 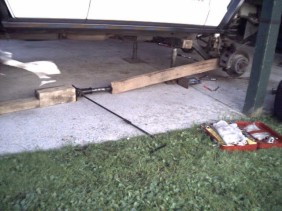 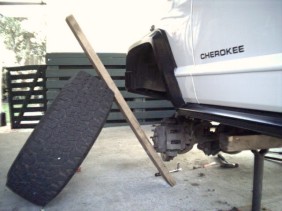 If you removed the control arms then the axle will have slid back so to get the arms back in I jack the axle forward as shown. First attach the upper and then the lower when it lines up. Jack it up until the coil is fully seated and put the coil retainer back on. To get the trackbar back in I used the above method to move it across but getting someone to turn the steering wheel while you hold it up and tell them when to stop also works but I was by myself as usual. 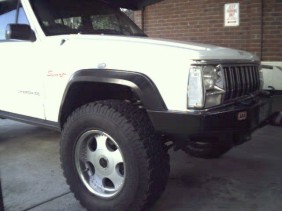 Don't forget join the swaybar back up and check that all bolts are tight and go over them again after a 100 miles. If you have added a taller coil as well then check to make sure that where the swaybar bush sits is level otherwise it will not work as well and can hit the coil spring. Use adjustable swaybar disconnects like JKS makes or extend the stock ones like I did by cutting the thread off and welding a long bolt of the same diameter  ( 10 mm ) to it to get the right length back. You can also use a threaded socket that you screw on and then a piece of all thread into that. Some use a wing nut in place of the standard nut so you can have cheap disconnects as well.