How a Snorkel is Made

I took some shots while at the Airflow snorkel factory of the process of making one of their snorkels. I was there as was helping fellow Jeep owners out by perfecting the petrol snorkel for XJ Cherokee and also found another snorkel that could be used for a diesel version for the opposite guard that I made the cut and drill template etc for. Click on any of these photos for a larger view. 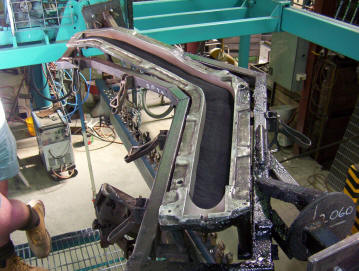 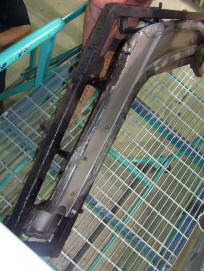 Here you can see one half of the mould open with the granules poured in. They weigh the exact amount of polyethylene granules needed for each mould according to the total surface area of it. The material for the snorkel is from the highest grade Virgin Polyethylene Plastic and is fully formulated for long term UV resistance. Enough is added that when melted it ends up around 4 mm thick. The second photo shows the other half of the mould with the flared mounted nuts in position and upside down to the usual. This is so when the flared part is not on the outside of the snorkel but on the inside so it has a greater resistance to being pulled through. 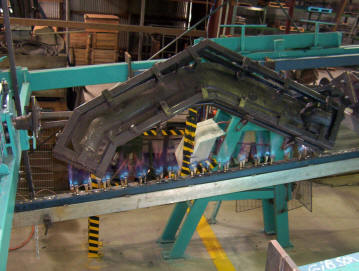 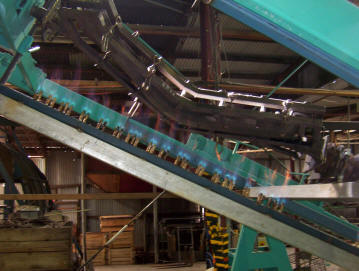 The mould is then clamped together and is heated in this rotisserie. It is all computerized just how long and fast it must rotate. 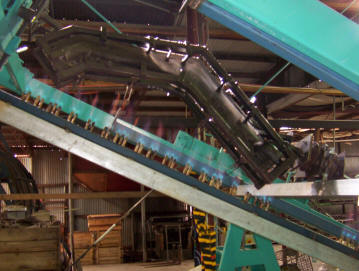 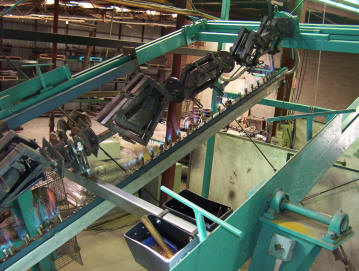 It doesn't just rotate all the time or even in the one plane. The whole frame also tilts in both directions to make sure the melted plastic is covering the whole mould and evenly building up. It will pause at times and change direction as well. In the right photo you can see that this one can take other moulds at the same time which in this case include the snorkel heads and elbows etc. 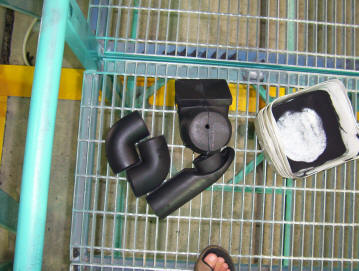 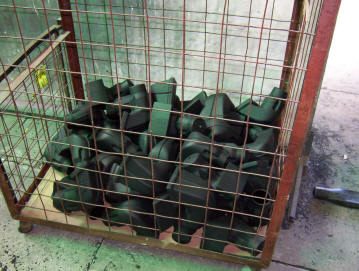 Above you can see snorkel heads and elbows etc that have freshly come out of the moulds. The photo shows a crate full of snorkel heads! Hope you found it as interesting as I did being there.