Changing in a ZJ proportioning valve for rear discs.

With conversion to rear discs brakes from a local Ford Falcon  ( which happens to be very similar to the rear discs off a ZJ Grand Cherokee in piston size and style ) the proportioning valve was also changed to that off a ZJ. As the master cylinder is the same between a ZJ ( part number and all ) and the XJ, the change to the ZJ proportioning valve will make the whole braking system the same as the factory.  You can swap over the whole valve like shown or just its internals from a ZJ one to save removing lines and swapping the bracket over. Swapping the internals over is much the same procedure as shown here. 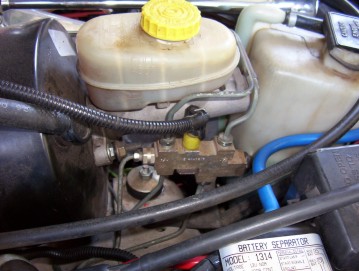 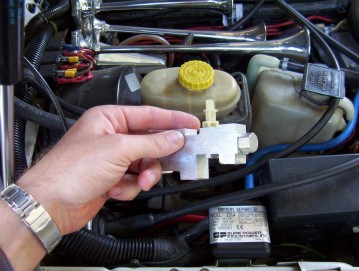 Remember that not all ZJ's have disc brakes all round so check carefully first if you are pulling one off from a wreaking yard. I bought mine straight from a dealer in the US as they are far cheaper than here in Oz ( thanks Ben for getting that

) and the part number is 1 - 52009061. Above you will see the old one still in place as well on the right the new one showing the plugged port which you will need to remove. 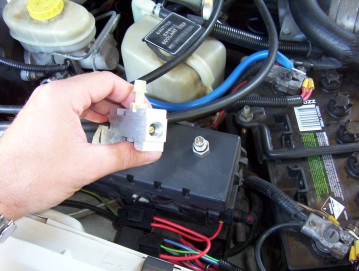 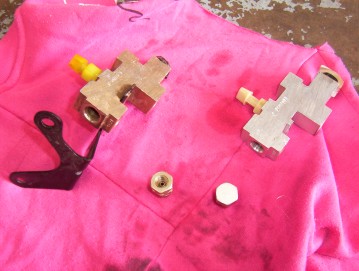 The reason for the plugged port is that all disc ZJ's have ABS which means the front left and right split happens after the ABS pump and not at the p/valve like non ABS ones. All you have to do is screw out the plug and then fit the port off your old one in it's place. 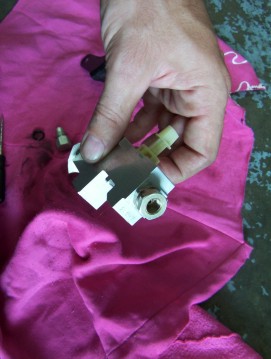 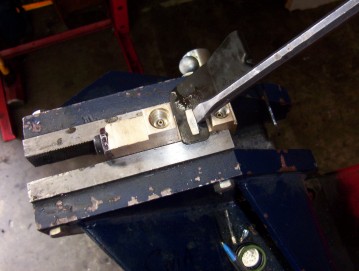 Above shows the plug replaced with the port off the old p/valve in place. The other thing you will find different is the holding bracket. It looks like that in a ZJ the p/valve lays on it's side and not vertically like on our XJ's. The bracket is held on by some flattened alloy at the bottom of the body. Just force the flattened part back using a blunt cold chisel or screw driver all the way around like shown. Don't cut away the excess as you will need to use it again to hold the new one on. 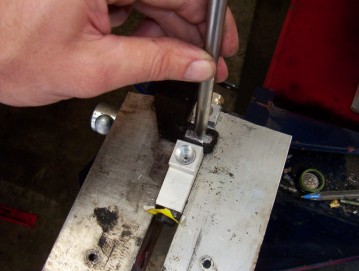 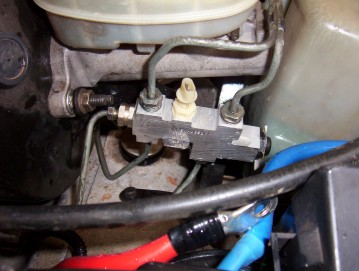 Swap the bracket across and then flatten the alloy down using a piece of rod or large nail punch to hold the new bracket on. Then just re-fit the lines and top up the master cylinder. It is best to start the bleeding by removing the rubber cap from the front of the p/valve and un-doing the bleed nipple there. If you have just changed the fluid in less than 12 months you can  just bleed the valve by cracking the three lower pipes as well which might be all that's required. Otherwise start from the furthest caliper and work towards the front of the car to the closest as mentioned here. 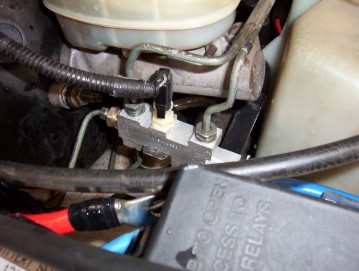 Remember that it will only make a difference under hard braking and not under normal braking as the p/valve is 50/50 until heavy pressure is detected where it will reduce pressure to the rear to stop lock ups. I haven't felt a great difference between the two but it is to improve emergency braking which I don't do too often ( thank goodness ) but it is great to know it is the same as the engineers at Jeep designed it to behave under all conditions.