On the very day I had finished my front bar I came across an XJ bar that would have saved me all that cutting and shutting that I had to do to the Landcruiser bar. I bought it anyway as I thought I could use it for the rear instead but it turned out to be too narrow. A friend of mine was thinking of importing a bar from the States until our dollar dropped so much it made it too expensive. He also didn't want the cluttered look of the standard bar but wanted a winch mount as well. So the idea that rather than have the weight of a winch weighing down the front end and increasing tyre wear and affecting handling, why not use an electric remote winch. You can by these from Warn already mounted on a plate with handles and to go into a receiver which then lets you pull forwards or backwards. 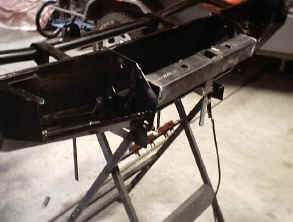 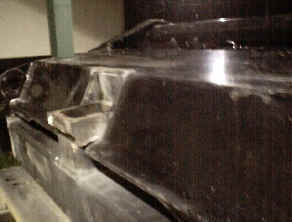 The hitch is made from 75x5 mm square tube ( RHS ), for the cross member with a hole cut through both sides in the middle which has 65x6 mm RHS inserted and fully welded both sides. The end of the 65 mm tube has a 15 mm wide piece of 75x5 RHS welded on it to prevent stretching of the end with side loads. 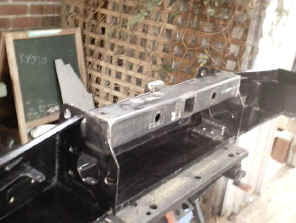 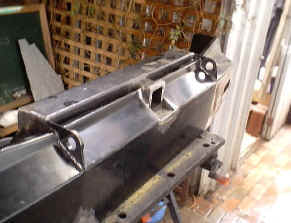 It was then welded between the mounting plates flush with the bottom of them but set back enough from the front to allow access to the hitch pin. 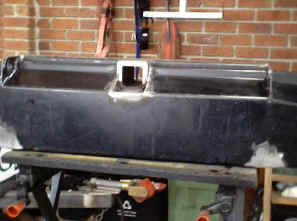 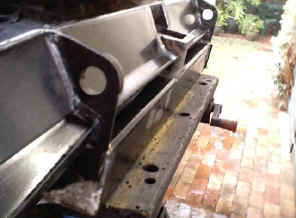 It has been partly 'frenched' to keep the approach angle unhindered and less noticeable. It could be also use for a recovery point or make it far easier to back in trailers and such. 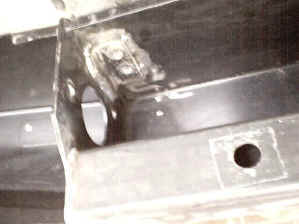 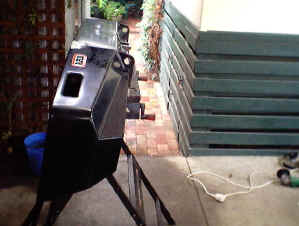 He also wanted chrome tow hooks on the top so I welded 50x8 mm angle iron to the underside and against the mounting plate to give added strength. 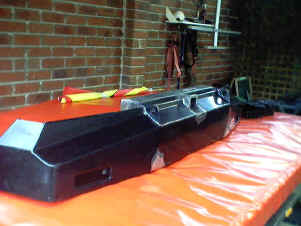 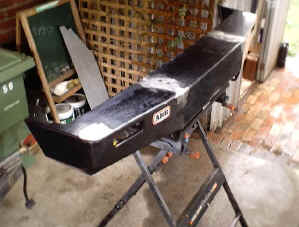 The standard XJ ARB bullbar is 38 kgs and the top section that I cut off was 12 kgs. The hitch and angle iron added 7.5 kgs back on so it still ended up 4.5 kgs lighter. The standard bumper and brackets weighs in at 14 kgs. After this photo was taken I removed more from the bottom skirt at the ends and angled them back down to the centre section level. This gives the bar a upswept look showing more of the tyre and giving more clearance. 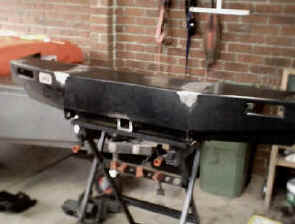 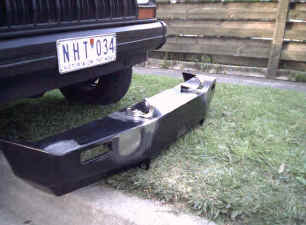 The ARB badge was also removed at his request which required a piece of metal to be cut and fully welded in as the badge is recessed. The photo shows where the tow hooks will sit as well. 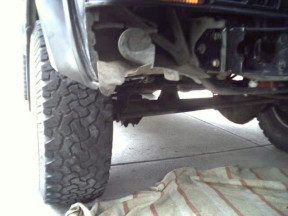 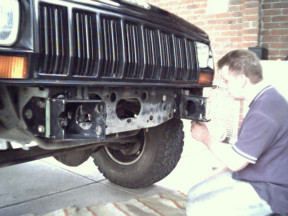 I cut the flares off on the angle shown so you get rid of the skirt that runs from one side to the other and it improves the looks a lot too. Less likely to get damage with it like this too as well as exposing more of the tyre. Mark here is fitting the brackets to hold the bar in place. 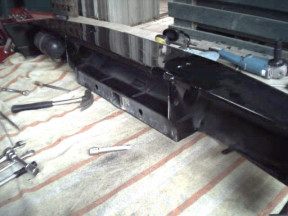 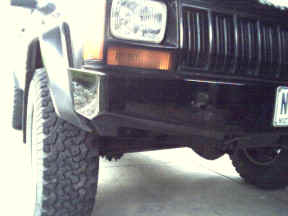 I shortened the brackets so it would sit as far back as possible giving as much clearance as possible which meant a notching a spot for the auto cooler lines so it could slide all the way back. The flare now ends level with the cut up bottom of the bar. 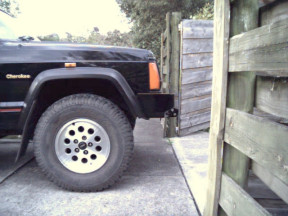 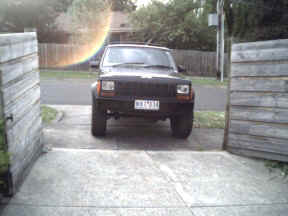 With the new lift on and now the bar it looks much better. 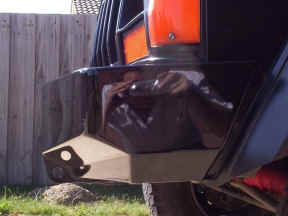 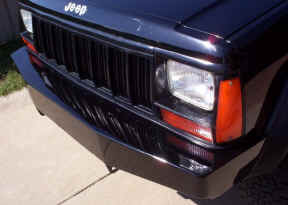 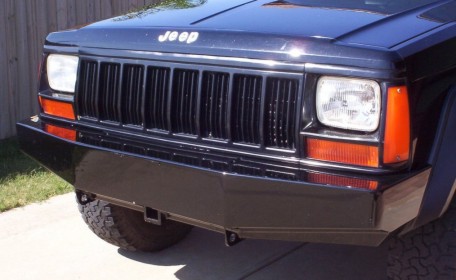 Some better shots above that Mark ( Jeepdownunder ) has taken.