This is just a quick write up showing the fitment of Ford Territory rear disc brakes which are 13" or 328 mm in diameter and ventilated. These were just swapped in place of the Ford Falcon BA conversion I had already done to this axle and is shown here in more detail. The swap took less than an hour and was only 2 bolts a side and the brake line. Bleed the brakes and done. 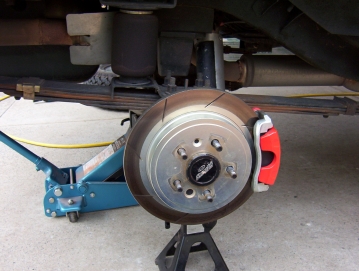 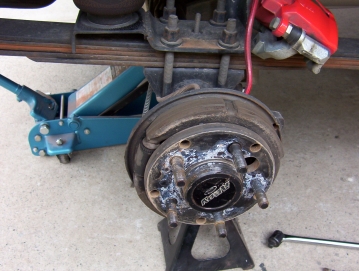 Above it a picture of the original BA conversion I had been running for about a year since designing the conversion. I needed a set of brakes for my offroad trailer that I am converting to disc brakes so saw this as a good opportunity to take these off and use them on the trailer and get new ones for the Jeep. The caliper is just removed with two bolts and the caliper hung aside until ready to swap the brake line across to the new caliper. The handbrake assembly was left in place along with the backing plates etc an are all the same. Didn't even need to adjust the handbrake as so little had the old conversion been used. 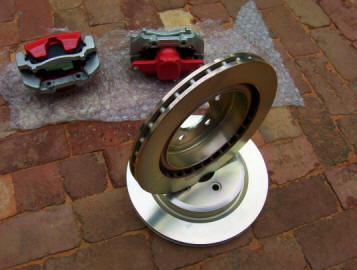 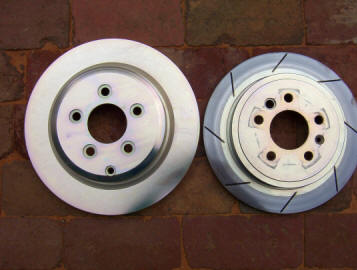 The new rotors are ventilated and are 13" in diameter instead of 12" and solid of the old ones. 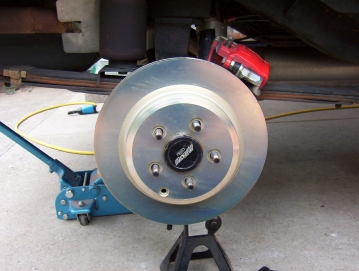 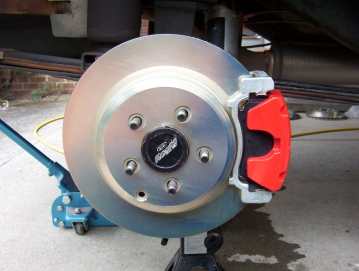 You can see the old caliper still attached to the brake line sitting on the spring in readiness. The new much bigger caliper in size and bore has been bolted into place. 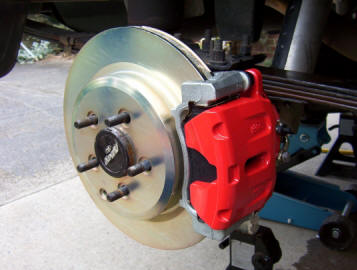 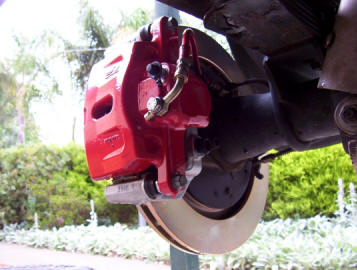 The brake lines swapped across and the brakes bleed. Everything fits up exactly the same as the BA as I used the same bolts and brake hose etc. 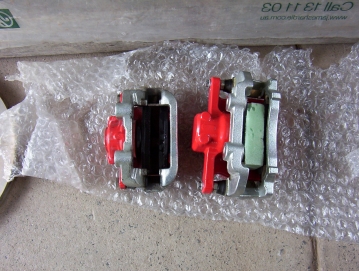 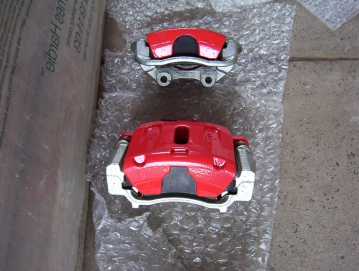 You can see the physical differences here quite clearly. The pad area is also a lot bigger and uses all of the available surface unlike the old setup which just used the outer part on the disc. 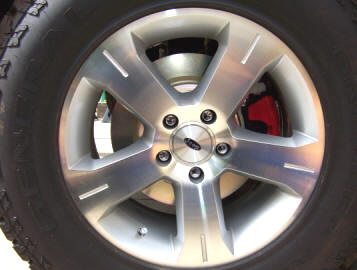 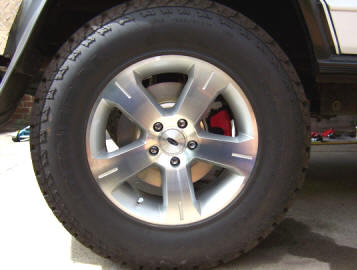 They fill my new Falcon XR8 wheels quite nicely. These will team up nicely with the 4 spot Brembo conversion I will design soon on the front. I will have the calipers landing in the next few weeks in Australia. They are new and fitted on the SRT models of the 300C and Grand Cherokee etc. The other simpler way would to bolt on the front Ford Territory rotors and calipers which should fit right on like these if you have the Falcon front conversion already done.