Balancing Beads to balance your tyres

I was having some problems getting my tyres balance just perfectly. A lot of that was due to poor workmanship at the different tyre places I have tried where close enough is good enough! I hate having anyone else work on my Jeep anyway and had my tyres rebalance when they had done 20,000km and it was worse than before. Couple of my Facebook friends had good success with using DynaBeads as shown in the video below which explains the principle of how it works.

I thought the product was rather expensive and was not convinced yet that it even would work for me. Did a eBay search in the US and found some stainless steel balls with a teflon coating under the seller name of callieskustom. Search for balancing beads under his store to find them. You can read all the claims there for the benefits. Personally it has worked perfectly for me and feels smoother than ever. 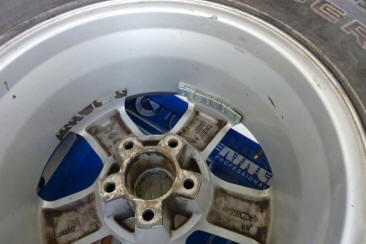 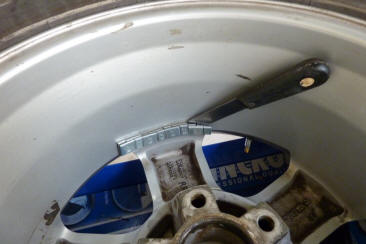 Notice how much they have had to moved the weights from new, moved a whole spoke across in 20,000km. From now on it will always be balanced so will get longer tyre life. The first step in the install is to remove the old weights. I used a blunt scraper so not to scratch the paint. I then worked off the old backing off with the scraper as much as I could before using degreaser to get the rest off. Used a bit of thinners if really stubborn, but be careful not to remove any coating on the wheel. 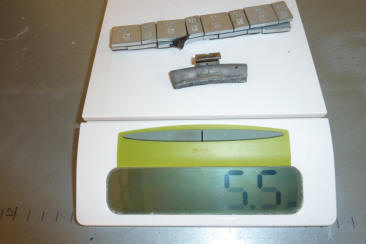 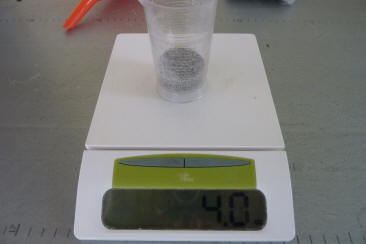 I took off 5.5oz of weight. But the clamp on one was opposite to the rest. Some guides state to add around 75% of the rim mounted weight to each tyre. Not as much is needed due to being further away from the rim so extra force is generated. This type of beads called for 1oz per 10-12lb of tyre weight, round up to the nearest oz. I put in 4 oz ( 115gm) per tyre on my General Grabber AT2 265/70R17 (32"). 4oz would be good for a tyre weight up to 48lbs which would cover 31-33 BFG AT's for instance but only 31's in the MT. Would need 5 oz for up to 60 lb tyres. See your manufacture web page for weights like this BFG for AT and MT. Once you know your tyre weight, just divide by 12 and you know how much to add. A little extra when ordering does not go astray as some tyres can be badly out of round. 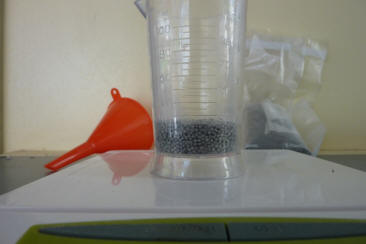 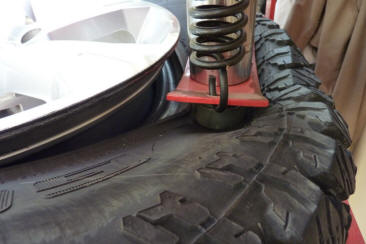 4oz or 115 grams was just over 25 mil in the container I was using. These being bigger than some other beads, need to be added directly into the tyre rather than through the valve stem. I just used my press to pop one corner of the bead to get access after removing the core. But I have also simply jacked up the Jeep and placed my tyre under one of the other wheels still on the car and lowered down. Can see it done when fitting the TPMS on the Interior Ideas page. 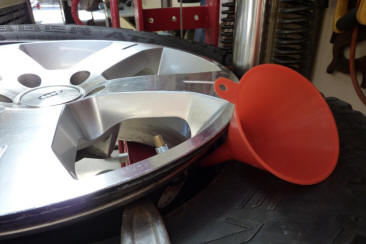 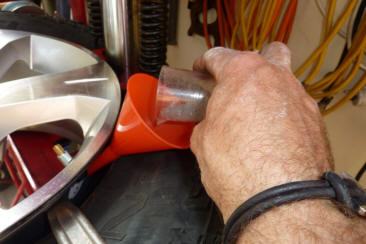 They provide a funnel to help add the beads to the tyre. Just make sure you have none left between the tyre bead and the rim as will cause a leak when reinflating. As not all the upper bead was broken doing this, it was easy to reset the bead just inflating the tyre while the valve core was still out of the stem to get greater flow. On the trailer tyres, which are narrower and still on the same width rim, I had to place the tyre on a few blocks and then stand on the rim to help seal the bead before inflating.

So now not only smoother driving and longer tyre life etc, but a bonus of none of those ugly weights to be seen. :)