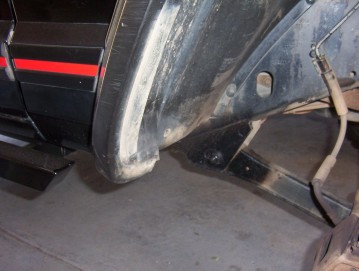 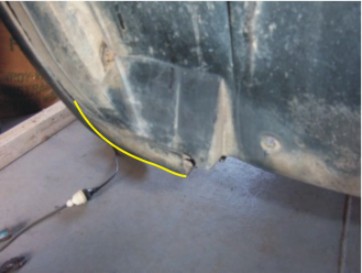 You will find that it will rub on the bottom edge of the flare as well as the inner guard. I cut off the vertical lip of the flare along the yellow line shown. I only loosen off the bottom half of the flares to do this job. It can be hard to remove the flare as some of the studs have a assembly clip on them. They are either forced off or cut with side cutters. 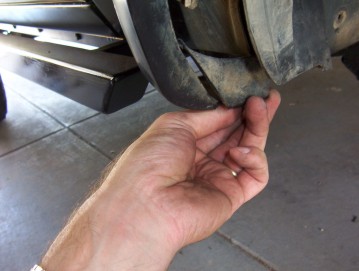 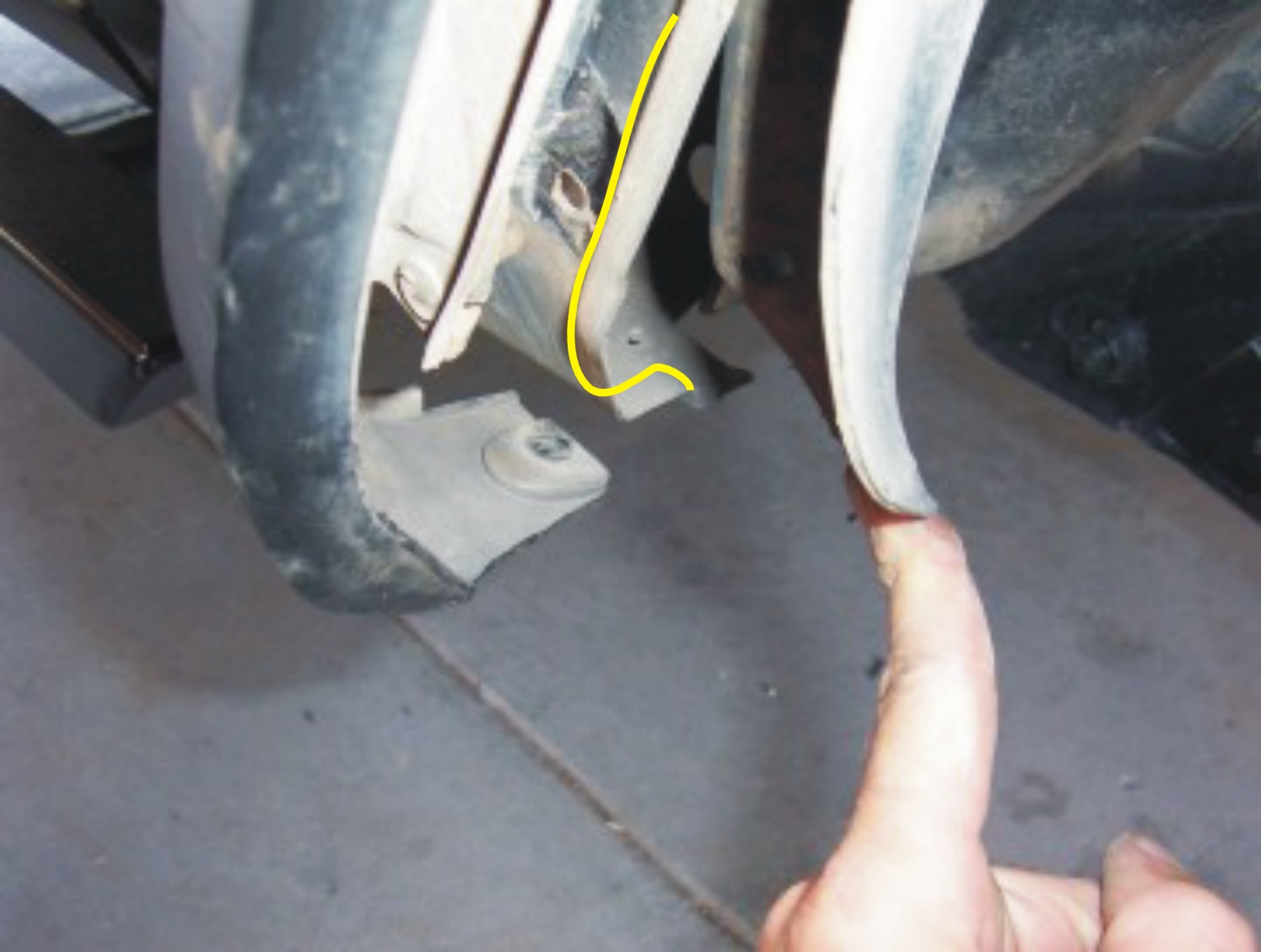 You can see above how the curve of the flare was just followed down to the bottom. It was then cut across to end next to where the bottom screw fixes. The inner panel was then trimmed as shown by the yellow line leaving past the last fold. 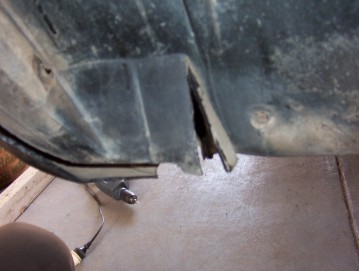 The tap indicated by the arrow is left longer than the rest and left bent down from cutting with the tin snips at the moment. The next thing to change is to push back the inner guard that sits out. The triangle shown is cut away which you can see nearly completed above. 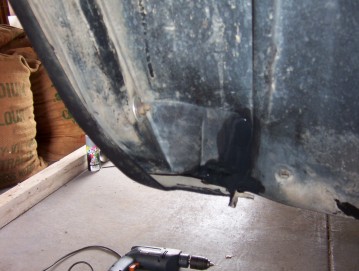 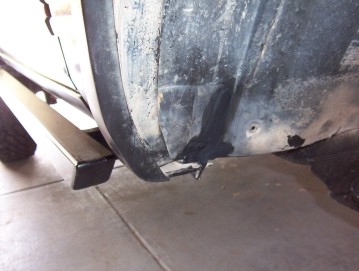 That part can now be pushed back and the tab left bent down arrowed earlier, is now bent up in front of it to hold it in place. I then sealed the area up with some black urethane. You will need to re-drill the bottom self taper hole so you can push the flare back as far as it can go. If you disconnect you may need some trimming at the front of the flare as well shown on the next page.