Changing your diff oil plus adding an alloy cover 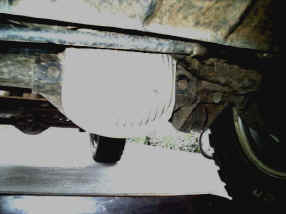 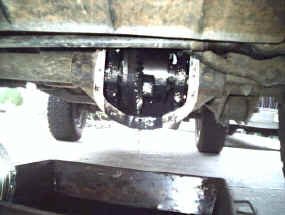 The first thing to do is simply remove all the bolts that hold the cover on ( 1/2" socket in my case ). You will have to lever the cover away with a screwdriver until it falls off. Then allow to drain. After draining, the old sealer has to be removed with a scraper until both surfaces are clean. An RTV Silicone like Loctite Ultra Grey should now be added to the cover only by putting a 1/8" bead around the middle of the cover flange and around both sides of the holes. 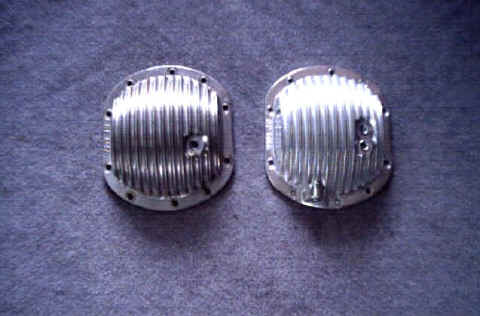 The above shows the difference between the old Dana 30 cover with the lower fill plug on the left and the new one which I asked to have the higher fill plug plus a drain plug added. The lower plug can still be used low pinion Dana 30's and the high pinion will use the upper one. From now on I only have to unscrew the drain plug to drain it and never have to remove the cover again. I have also added a ceramic magnet to the drain plug to stop the metal particles from circulating and it works very well. 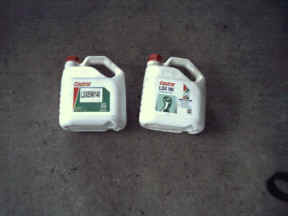 The manual recommends SAE 75W- 90 for the front and also for the rear. If a Trac-Loc limited slip diff is fitted then a friction modifier needs to be added or an oil made with this already added must be used. It also recommends for the rear SAE 75W-140 if a lot of towing is done preferably a synthetic under heavy load conditions. I use a one litre container that comes with this pump as it is the easiest way to get the thick diff oil in without making a mess. Just keep pumping until the oil is level with the hole on the front but I have found with the rear diff that 1/2" lower than the plug will stop it coming out of the vent hole in hot conditions. The manual also suggests this. 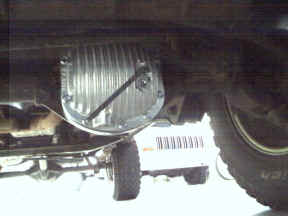 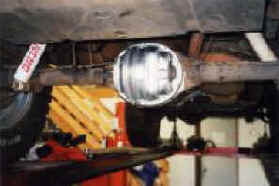 The standard capacity for the front is 1.5 litres and the rear only 1.2 litres of oil. Just do the diff plug back up and you are done. I have also added a rear diff cover on my Dana 35 that increases the capacity by one and a half times to give cooler running through the greater amount of oil and also the alloy dissipates the heat better. These covers are made by the same people that supply the Atlas transfer cases which are considered the best by many in the rock crawling world. The covers are dropped forged making them very strong and much stronger than the cheap cast ones you see in magazines. You can contact the manufacturer direct toll free on 800-MR-CONCEPT or at  http://mrconcept.com/ . The front is part number C.P. 5058 for the Dana 30 and the rear for a Dana 35 is C.P. 5062. For a front or rear Dana 44 you can use either a C.P. 5055 ( unless it is for a front diff on a Chev ) which looks more like my front one or a C.P. 6057 which looks more like the rear. Also now made is one for the 8.25 Chrysler rear axle which is C.P. 4073. I also ordered them stain finish which is cheaper than polished but what I prefer instead of natural cast. More information about the cooler running on my exterior ideas page. 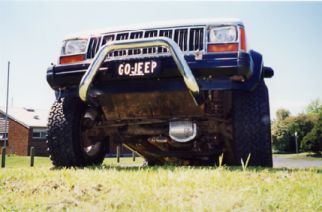