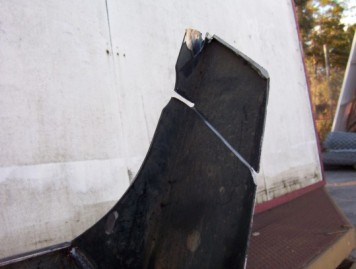 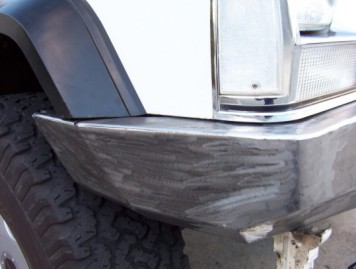 The next fold I am making is to follow the side of the flare around the corner. To do this, without cutting it right off, I cut through the top and bottom folds and then scored a line with the cut off wheel where I wanted it to fold. Around half the material thickness is what you should shoot for. This grove is then welded back over on the inside once the fold has been made by just pulling on it by hand. The excess past the end of the flare will be cut off once it has been welded to the support brackets. 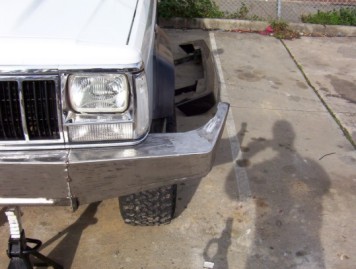 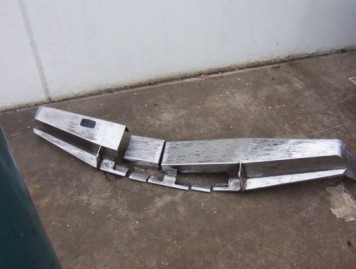 Here it shows just how much wider a Landcruiser 80 series is than my Jeep! No wonder I don't get many scratches after they have been through an over grown track. I have started to cut it back up again so it was not in one piece for long. I have to cut out 8" to get the right width. The lower section is cut in different sections so the centre support can be kept after it is all put back together. 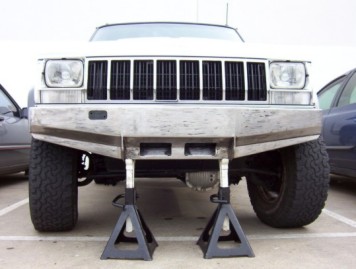 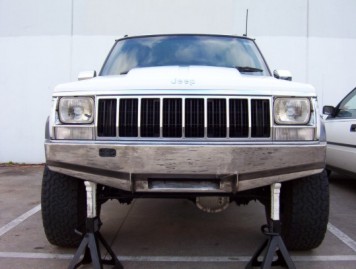 First just tacked the upper section together to check to see if my measurements were correct. It was 1.5 mm out so pulled it apart again to get it perfect. Not sure about the two small vents in the lower front as it makes the centre section look too narrow and would cut down the air flow? So I decided to cut out the vents right back down the welded joins from before and replaced it with a single piece from one of the other bars. I think it looks better this way now. Spent a lot of time panel beating it to get rid of any distortion left from the welding and to de-stress the joins as well at this point. 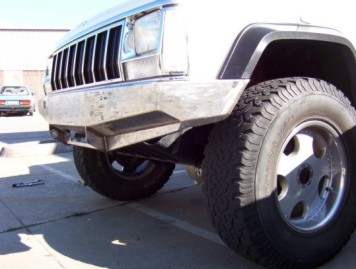 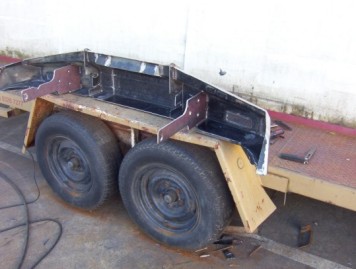 So here it is for the first time tacked to the chassis brackets I had made earlier. I bolted them up first with some card behind them to space it out I bit so it is not too hard to place it back again later after it has been painted. Tacking it on the Jeep also allows perfect placement which I managed to get to less than 0.5 mm left to right and forward and back.