It always annoyed me that the space each side of the number plate was vacant and could do with filling. I also found after using amber bulbs for my indicator/reverse light combination in the Wagoneer taillights that I needed better reversing lights. After searching for around 6 months off and on every time I visited a auto accessory place I came across these lights below.

They fitted the bill perfectly and filled the gap as well. They also need zero depth to mount so did not have to worry about clearance inside the tailgate. You can see these details on the Narva au site at http://www.narva.com.au/Truck&Trailer30.html 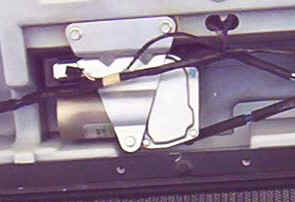 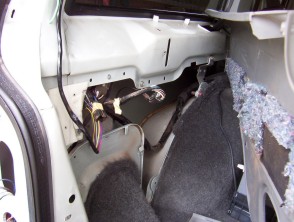 To remove the tailgate panel you first take out the 2 screws holding it on just below the window in the corners. After that you carefully pry it away just enough to see where the Christmas tree fasters are. Use a large screw driver to lever right next to them and work your way around to each of them a little at a time. It is important you do it this way levering right hard against them or the plastic holding them will break. I found inside a spare plug and decided to use that to save running in a new cable. Turns out it was wired for a centre mount brake light. Followed the wire to inside the panel and cut it there. 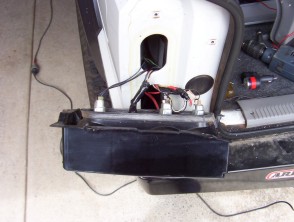 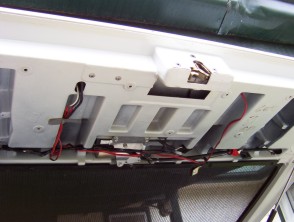 Next I just ran a wire from the reversing light back to the end I had cut off. I then extended from the plug end in the tailgate to the back of the lights. To take the load off the reverse switch I have added a relay which also makes the bulbs brighter as well. The new lights would be connected to pin 87, ground to pin 86, constant power to pin 30 and power from your old reverse lights to pin 85. I found a spare wire that had nothing plugged into to it at the back of the car where the other wire from the tailgate was as well. This blue wire I traced back to the foot well and it was labelled for electric trailer brakes. I spliced this wire into the power supply for the electric mirrors to give me the current for the relay, ( pin 30 ). 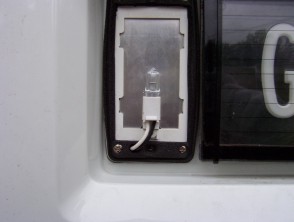 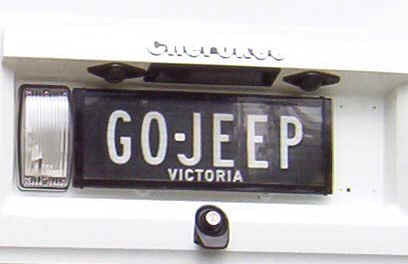 This shows the base mounted and you can see on the other side the four holes for the stainless self tapping screws I used to hole it in place. The other hole is for the wire to run through. 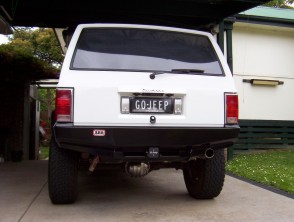 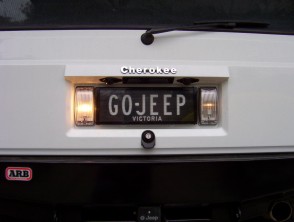 All finished and it fills the spot nicely. The  only thing I was not happy about is that it did not throw as much light as I wanted. Problem was that no bigger bulb was available than the 21 cp ( which is around 18 watts ) one that came with in the wedge base fitting used. But I found a way around that too as you can see above with the right one still stock and the left with the new one fitted. What I did was buy some cheap halogen bulbs for headlights that were 55w. These are the H1 bulbs with the spade terminal at the base. The left one shows the standard wedge followed by the H3 with the base taken off and the wire ends bent around it and the un-modified H3. 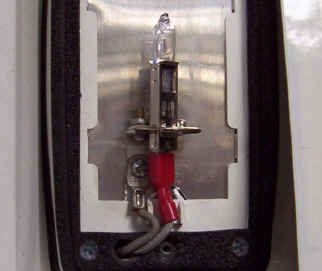 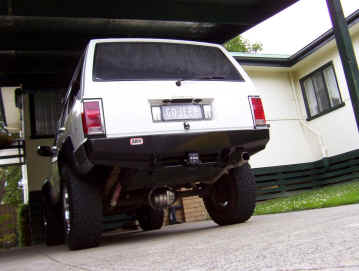 I just made a little support for the bulb with a piece of aluminium angle. The part which screws to the bulb itself is cut on an angle with a single screw holding it in place. I have been running this setup now for a few years with no problems from the bulb heating the lens unless left in reverse for an extended amount of time. They have been completely dust proof too. 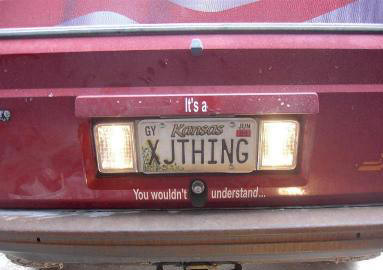 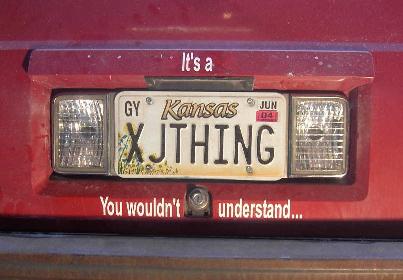 This is what Daryl from Western Kansas did with his just recently. The are reverse lights from a 1995-99 Olds Aurora. Real pricey if you buy new ($200.00) but he got his for $40.00 off E-bay. 97-04 Corvette are a very close fit also ( actually they are about 1/4 inch too tall )  but would have to modify the light or the "pocket" that they sit in. Although they only cost $50.00 new. The one other thing he didn't like about the Vette lights is that the corners are more rounded than the Aurora's. The Aurora lights look like they are meant to be there, the Vette lights just don't match the square feel of the "pocket" as well. 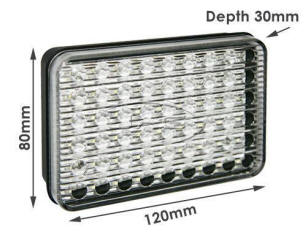 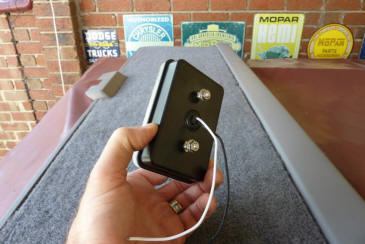 Got these LED lights recently and are a great improvement on what I had been running. Bought them off this seller on eBay and they have 54 LED's 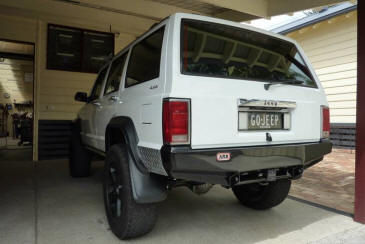 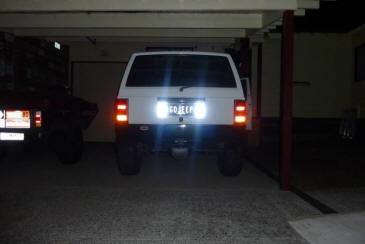 They only just fit each side of the licence plate. Nice bright white light that stays cool as well with low current draw. 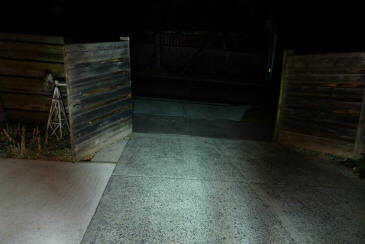 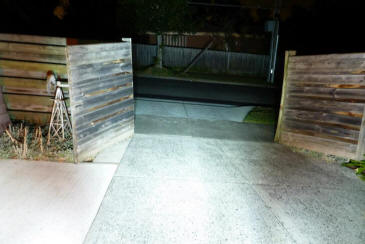 The light output I feel is some where between these two pictures as I just could not quite get the exposure right to show it. The fence in the back ground is 25 meters/80 feet away on the other side of the street.