Had some oil weeping from the back of the sump and thought my rear main had suddenly got worse. Turns out it was working its way from the oil filter adaptor so always check that before going to the trouble and expense of doing the much larger job of the rear main. This oil leak fix is probably the easiest one there is to do on a XJ and take no time at all. 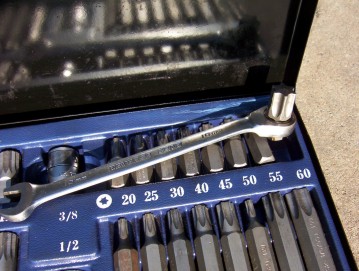 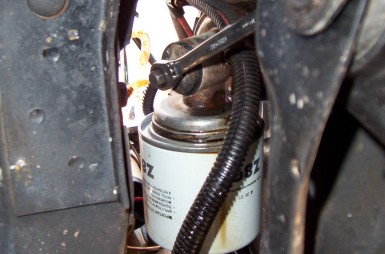 Now some people and shops claim you need a very special tool to remove the adaptor but that is not the case at all. Just need a Torx set like shown and fit a ring spanner directly to the torx bit. Then there is enough room to the between the oil adaptor and the inside of the body work. Then just simply screw the retaining piece out. They can be tight so may require a tap from the mallet or a tube over the end of the spanner to get the extra leverage needed. Some earlier Jeeps need a 9/16" Allen key instead using the same technique. 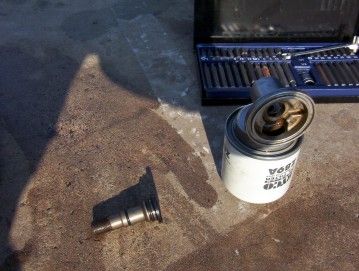 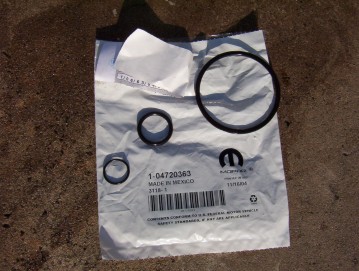 As I was not due for a service, I didn't even drain the oil or remove the filter as it is not required as the oil level in the sump is lower than the adaptor. There will be a small amount drain out of the filter itself though until you get it upright so be ready for that. There are three O rings that get replaced and come with the kit from the Jeep dealer, #1- 04720363 for my 95 XJ. 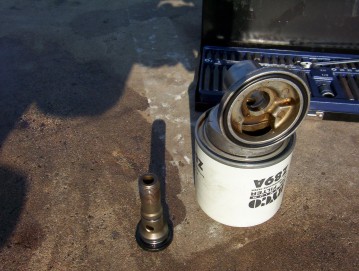 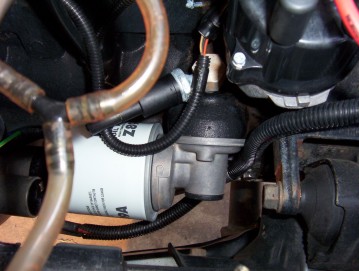 You simply use a small screw driver to remove the old O rings being careful not to mark the grooves they sit in and then dip the new ones in oil before sliding them back into place. Make sure they do not get rolled and end up with a twist in them. There are two small ones on the retaining bolt and the large one on the housing itself. Just replace the housing and you are done in maybe 1/2 hr.