Leveling the front with OME Coils

I am pretty fussy when it comes to wanting to keep the Jeep level left to right, handling and the ride. Now the XJ's, as well as the TJ's and ZJ's, have a habit of dropping down on the right side. Made even worse with a right hand drive as not only are you battling the weight of the battery and torque compressing the right side spring, but also have the extra weight of the steering box, column, pedals and instruments etc compounding the problem. 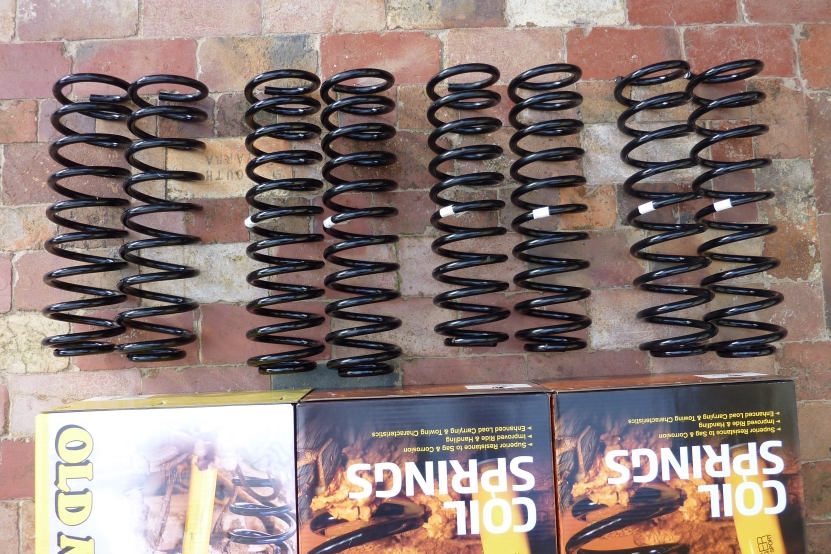 Fortunately for me I live just around the corner from the ARB factory and have a relative who worked there at the time when I set out on my mission to level the front end and find the best ride and handling. Was also able to get information about the coil rates, diameters, pitch, amount of turns and spring rates to correctly match up coils of different static heights to see which would work the best. Not allowed to publish all the data but will what can also be measured by anyone buying these springs themselves. 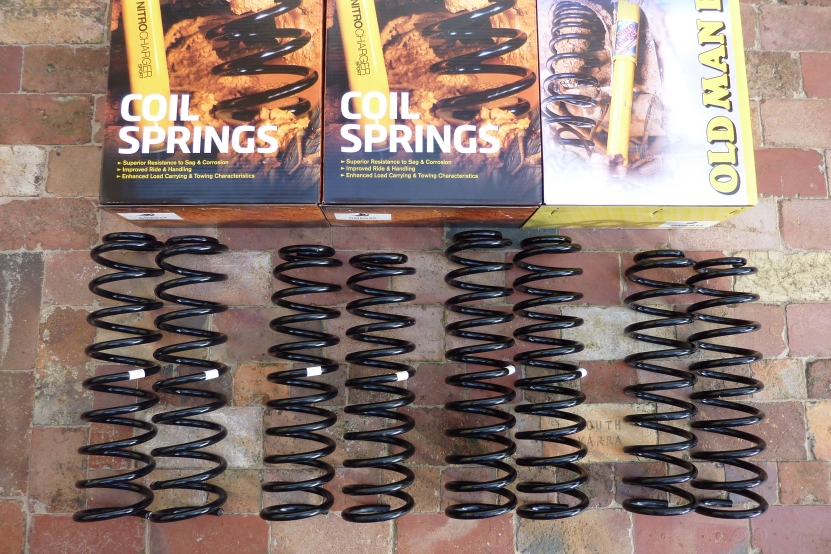 I bought four pairs of coils in all that they have listed for the Jeep XJ, TJ and ZJ, which all have the same coil wire diameter of 14 mm-9/16". There are two different spring rates between them. They also vary in spring height in each pair and are marked A&B. Starting from the left above with the two heights in brackets in millimetres: OME934 (510-500 mm), OME932 (480-470 mm), OME931 (510-500 mm), OME930 (475-465 mm). The first and last set are 20 lbs higher in the spring rate than the middle pair. If you are wondering why OME931 and OME934 can be the same height and wire diameter but have different spring rates, it is because the OME931's has more coil turns so the pitch, or distance between each turn, is less which lowers the spring rate.  These coils are rated to give between 1.75" and 2.5" depending on load and which model Jeep. 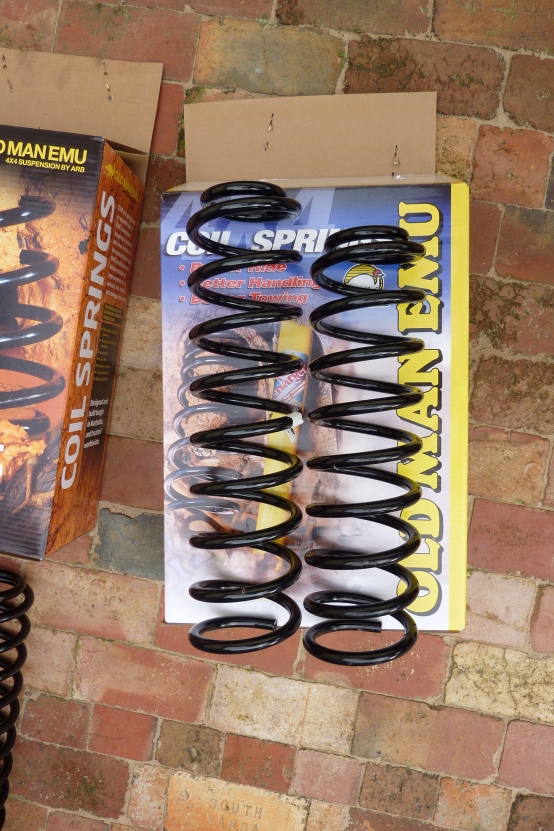 After much playing around I found the 934 and the 930 the best on and offroad compromise. These are 20lb/in heavier in the rating, which didn't give quite as soft a ride on smooth bitumen, but stopped bottoming out on gravel dips and washaways and when offroad. I ended up using the OME934 with 2" poly coil spacers to give me a bit over 4" of total lift after settling. They had never sold a set of the 934's here before as normally fitted to the ZJ V8 sold overseas. The need for swapping between the different coil sets was not needed in the end after I found out that my swaybar was pulling the drivers side down preventing it from levelling, so had to adjust the links so it didn't do that anymore. Must have a tweaked swaybar so check yours when bolting the links in that they slot right back and you have the same measurement before and after installing the links. I also did the final adjustment with the rear springs and airbags I have. The rear has a influence on levelling the front too. If the right rear is down, (due to my full sized spare being on that side), it will bring the left front corner up and vice versa.