Getting more in your tank

This is for metal tanks only and not the plastic ones fitted from 97 on.

I have modified the stock fuel tank to increase the capacity by raising the vent tube inside the tank. You can get at by removing the fuel pump with the tank still in place. Just make sure that you don't have more than a 1/3 of a tank. I added a 90* bend made in aluminium (was a old ski stock that I bent up) and cut a 3/4" long slot in it so I could push it over the end of the vent pipe ( 5/8"dia. ) with some sealer and a stainless steel hose clamp. But Doug Leblanc emailed me to say that he found that using the flared end of a auto dip stick tube works perfectly.  This raised the vent to about 1/2" short of the top of the tank ( 80mm higher than stock ). When I filled the tank it first stopped at the old level but since then it has filled right to the top. I got a total of 97 litres ( 25.5 us. gallons ) in the tank which is 21 litres or 5.5 gallons extra. I have removed the unleaded flap to improve the speed of the fill and so you can see what is happening. I was always able to get this extra in if I dribbled it in, but it took an extra 15 minutes. So now it is a lot quicker and you can carry one Jerry can less on the long trips. If you are worried about the fuel expansion, it would only make a difference if you filled on a cold night or morning and then without driving far you left it in the hot sun. It will then slowly dribble out past the cap until you drove it again or it cooled. It has happened a couple of times to me in the last 5 years during summer as we get 100 degree days here and I had only driven a mile from the service station the night before a hot day. If you know you are about to that, then just stop early. Otherwise it maybe better to only raise it 40mm and get half the increase. You only have to drive a 100kms or 60 miles to use the extra fuel to bring it back to stock. I have always put the extra in on long trips and have been in above 40*C ( 100*F ) temperatures for the last 5 years with no problems. Someone on the Cherokee list from South Africa has the same mod without any problems as well ( he was able to bend the stock pipe up ). I have since found that by raising it 53 mm that it has stopped the fuel leaking out when left full in the hot sun so long as the cap was done up tight and the seal is in good condition. This gave a capacity of 90 litres or 23 3/4 gallons. 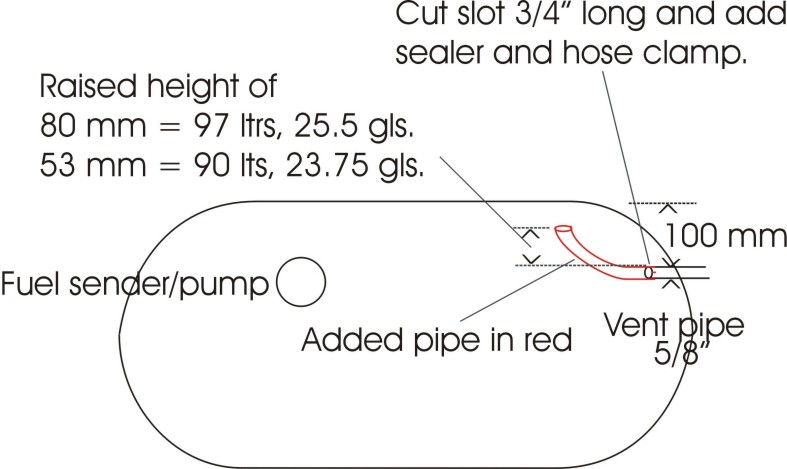 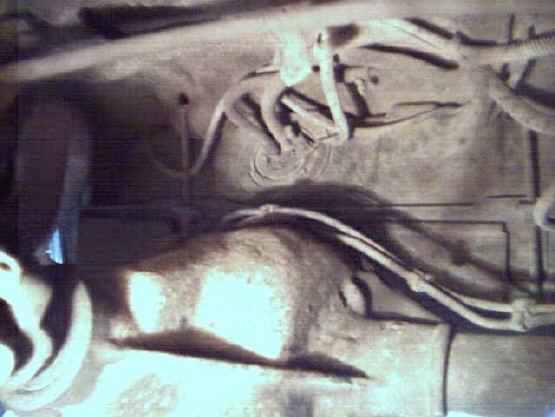 Above shows that the tank sender is easily accessible above the rear diff. It has the two hoses going into it with one going to the engine and the other being the fuel return. You will also find the wires for the sender attached. The following photos were kindly provided by  Jorge Risco in Lima South America who found it easier to remove the tank to do it. 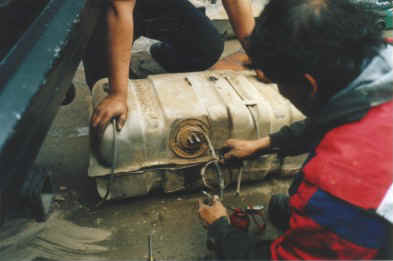 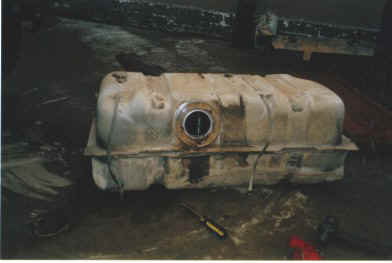 The sender is held in place by a collar which is removed by tapping it in a anticlockwise direction using a punch or screw driver and hammer. I am able to get the sender out without removing the hoses and wiring but it is a little fiddley but with some twisting it can be done. Above it shows the collar coming off and then with the whole sender removed. Just try to remember how you did it so the reverse can be done for the install. 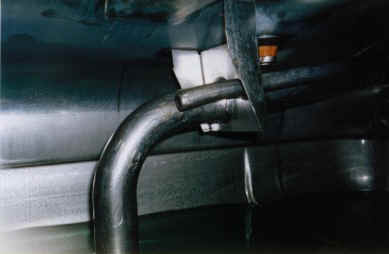 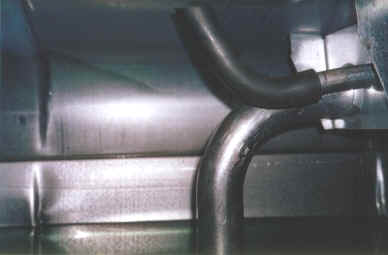 Now this it what it looks like inside the tank which Jorge managed to take and was the first time I had seen it myself! You will find the vent tube next to the large filler tube which goes to the petrol cap. It is a tight squeeze getting your hand into the tank and around the the left side of the tank ( the right side when facing backwards like the photo ) but it can be done as I have large hands and and to squeeze it with the other one to fit it in! You should just be able to reach the end of the vent line over near the side of the tank as it only comes in a few inches. Jorge here in the photo has fitted a rubber tube instead of a metal one like I recommend ( see below ) as had tried the same thing using a heater hose that was formed in a 90* bend like shown but lost it's tension after a short time and sagged. I then had to pull it out as no longer could get the extra fuel in but I hope he has more luck and there might be a difference in type of rubber etc used! 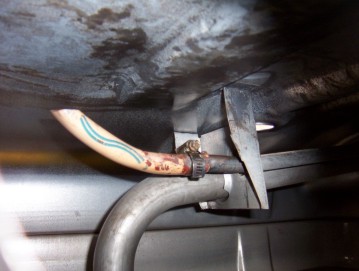 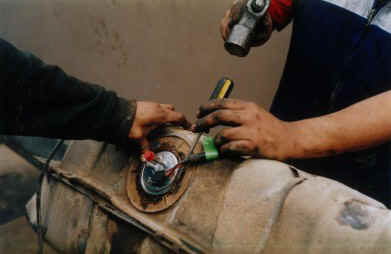 I have since taken a  shot of my setup above that has been like that for the last 6 years now without any problem. You can clearly see the old ski stock bent up and held in place with a hose clamp and stag sealant. When doing the assembly, be sure that the 'O' ring must sits in the right place. I found holding it with a few drops of super glue worked really well. When refitting everything back in you might have to fit it as best you can and while the collar is just started push the 'O' ring into place using a screw driver if you have not done the glue trick. Remember to check for leaks after your first refill, I have had one weep but stopped after a couple of days. 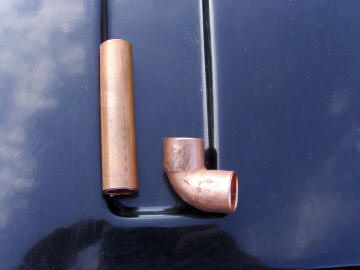 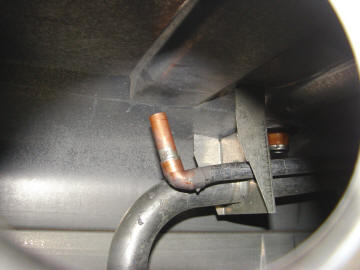 Another variation by NAXJA.org member PhotographerMike and his description below

5) Replace fuel pump and gas tank.
Might as well replace your gas lines and filter while you're down there.

6) Fill it up and enjoy.
I managed over 400 miles on a tank on the highway once.