The CPS, Crank Position Sensor, is also called a CKS, CranK Sensor or CAS, Crank Angled Sensor to save it getting confused with a  Cam Position Sensor! No matter what people call it, it is still the same sensor. Its job is to tell the ECU the position of the crank in its rotation. Another function is that if it detects no signal from it but the ignition is turned on, it will assume something has happened like a car accident and shut off the fuel and spark for safety reasons. The problem is that when the sensor starts to fail, you get no spark or fuel so it will either not start, or suddenly without warning, stop the engine while it is running! Replacing this sensor will cure this problem easily with two bolts and one plug. Takes less than 1/2 hr and only that long as can be fiddly some times. I find that most sensors start to play up with hard starting or shutting down after around 100,00 km or 60,000 miles. Most break down services wont even know what is causing these problems and have even seen Jeeps get sold as no one could find the cause. Those that live in an area that salt the roads during winter time can also just get corrosion in the plug itself. Pulling the plug and cleaning the contacts can often fix the problem if corrosion is present. 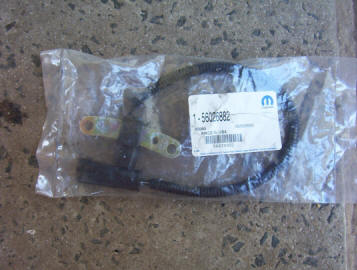 This first picture gives you an idea where it sits in relation to every thing. The yellow arrow is pointing to the CPS. You DO NOT have to take the engine out to change it, and if fact, it should always be removed first before an engine change as they damage very easily if knocked while removing an engine. The sensor can be bought from the Jeep dealer but make sure you have the right model as there are three different plugs depending on the year of your Jeep. The one shown fits a 1995 Jeep Cherokee. 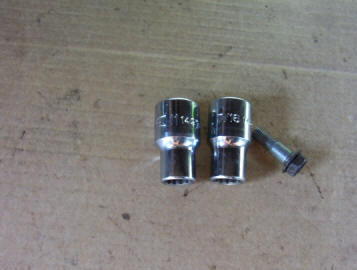 The above photo shows the view under the left seat area under the floor and looking forward to the back of the bell housing flange. The two bolts that need to be remove are arrowed. You can use either a 11 mm or 7/16" socket to do the job. 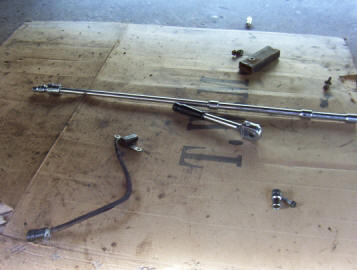 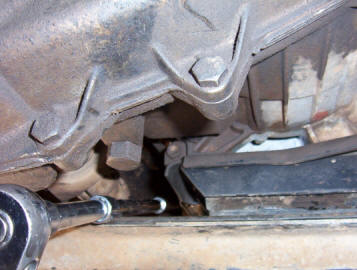 The best tool for the job is about a meter of extensions and a wobble or universal joint at the end. I remove the transfercase skid plate to make it easy and run all the way forward from behind the cross member. Just undo the two bolts and then pull it out sideways. Leave the plastic cover in place if possible. 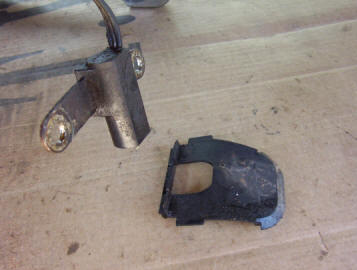 The long plug arrowed is the other end of the sensor harness that needs to be unplugged. It is also held in place by a clamp on a stud that also holds the fuel rail in place that you can see just in front of it. You might want to tie some string to the plug before lowing it down to make pulling up the new one easier. Also make very sure that the plastic cover shown is fitted back into place before bolting up the sensor. I have heard of brand new sensors being damaged by it not being used as it helps keep the correct spacing.