Removing the auto shifter indent for the forward gears

I like to be able to select the forward gears without pushing the indent button on the handle each time. It makes it much easier when offroading or even on the highway when you can just quickly tap the shifter to change the gear. What this modification I show you does is leave Park and Reverse exactly the same as stock as you would not want to bump into either of these by accident. It ends up feeling exactly the same as it is stock between neutral and drive which you don't need the button for either to change between the two. You can still feel each gear like that too as the modification copies this arrangement. 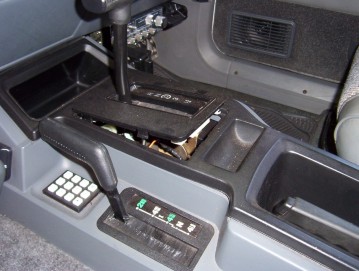 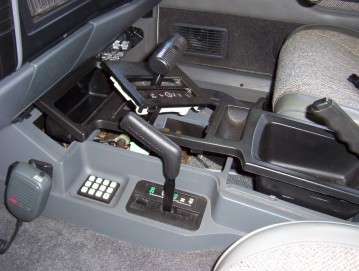 To remove the console top you pop the piece around the shifter base by pulling up on it. Then remove the screws holding the upper piece in which includes the two screws under the console lid as well as those under the piece you just lifted. 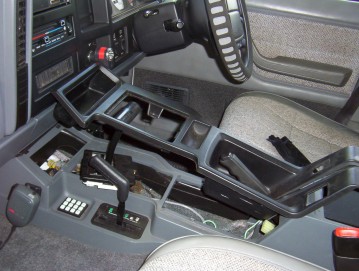 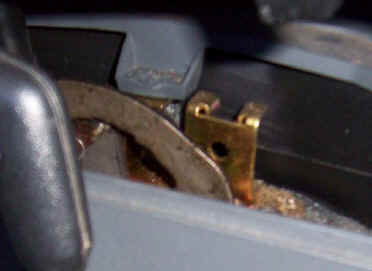 You can remove the upper section by dropping the shifter piece through it while lifting it out. It is best to have the handbrake on while doing this to give you extra room. Very hard to see in the above photo but there are two small bumps which stop the free movement of the shifter between the forward gears.

I have drawn up this rough diagram of what you will see. You will notice above the biggest slot is for park and the one after that is for reverse. You then see that there is no raised bit between neutral and drive. This is exactly what we will do to allow the shifter to move the rest of the way by grinding out the two small bumps following it. 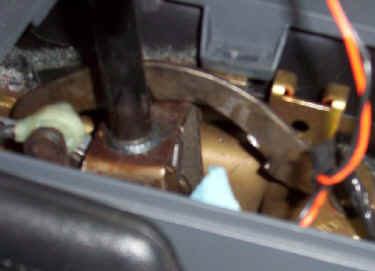 The metal is too hard to file so if you have a Dremal or something similar you might just be able to grind them away while still in the car. Otherwise you will have to remove the whole shifter which requires the detaching the shifter cable, and then the bolts that hold the whole shifter to the floor. You cannot just remove the arch as it is riveted into place. You can then just use a angle grinder to remove the bumps. That is all there is to it and makes shifting so much easier.