Being 6'3" I have my seat back beyond stock so it was always a awkward reach forward to change gear with the stock shifter. To save fuel and wear and tear on the auto I always shift into neutral  when waiting at the lights. So this meant I was using the shifter a lot. I noticed that way back when the 97+ XJ's were new that they had a shifter that came back further which put it in better reach. They also had a more comfortable transfercase handle as well for better ergonomics which I have already changed in previously. So this little write up shows the differences and what to do to add one. 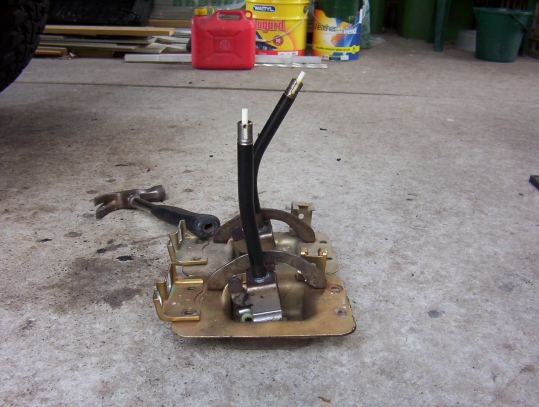 Having the old and new behind each other it is clear to see just how much further back the angle and length is between them. The old in the foreground has hardly any bend at all and is much shorter too compared to the later model. To get the console out to remove it is shown here. 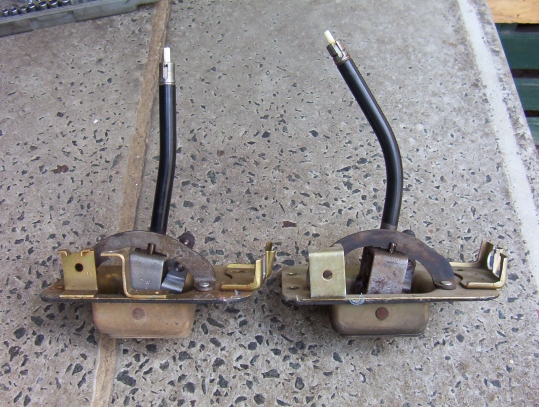 The bolt pattern and the cable positioning are exactly the same between them. The only thing though is that the old one has a extra bracket that you can see on the left one. This Z bracket is a support for the floor console so much be moved over to the new one. The bracket in front of it looks different as well but is just turned around and works fine that way. It is to hold the little concertina piece that moves when at the base of the shifter when changing gear. 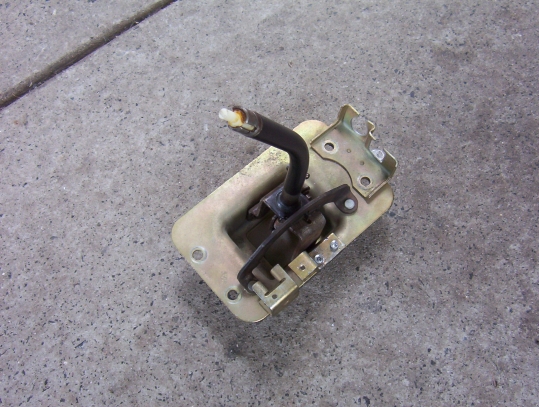 To move over the Z bracket I drilled out the spot welds the same size as the rivets I was going to use. It was still stuck but driving a cold chisel in-between separated it. I then used two rivets from the bottom up as otherwise it would interfere with it sitting on the floor once bolted down. 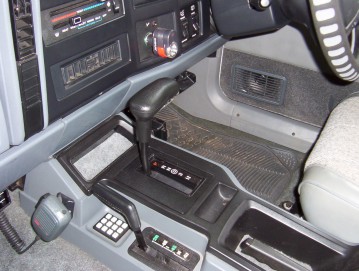 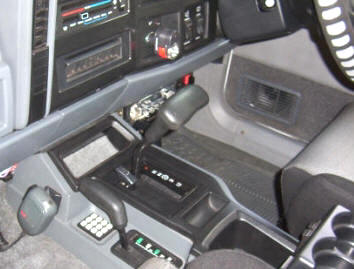 As you can see above with both shifters in Park, with the old on the left, it is like having the old shifter in about Neutral. Much easier to reach now for me. The handle by the way is from a ZJ Grand Cherokee that I show how to fit here. 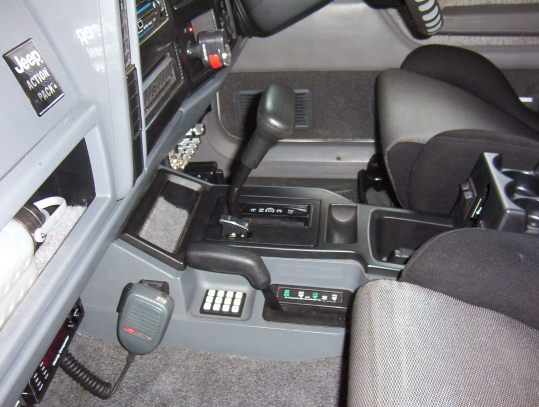