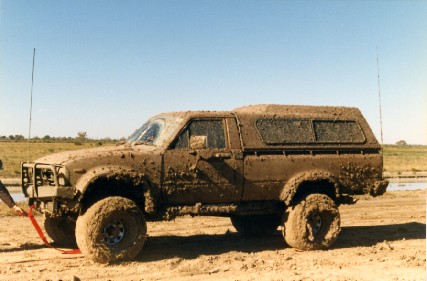 The Hilux after I had to rescue a Land Rover 110 on the Strzelecki track in South Australia. The Hilux ran a 400 Chev with a turbo 400 auto and Landcruiser running gear, (axles, transfer case). Tyres fitted later were 36x15x15 Dick Cepec fun country's on 15x12   Enkie 3 piece alloy wheels. The front guards and raised bonnet were full fibreglass. It also sported a 6 point roll cage as well as  a roll bar in the rear. 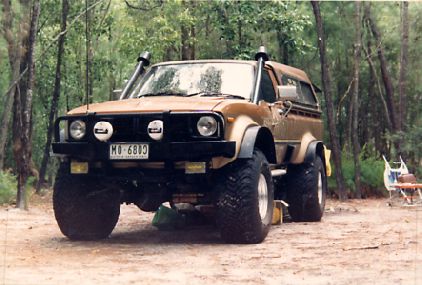