I have a 1988 Comanche that I did a complete makeover on last year.  I bought a 2001 Cherokee 60th anniversary edition with 70,000 miles that was hit in the rear.  I changed out everything necessary to make the Comanche a 2001. I did the front end, rear end, motor, tranny, transfer case, the complete interior including wiring, all other wiring, the 2001 front cap and doors.  There were some firewall modifications I had to make to use the newer dash, but other than that, most things bolted on.  A few other minor changes, like the door strikers had to be relocated to use the later model doors, etc., but I had a beautiful Jeep once done. It's even titled as a 2001 Cherokee Sport Truck!  In fact, it is on page 90 of the March 2007 Jeep magazine. 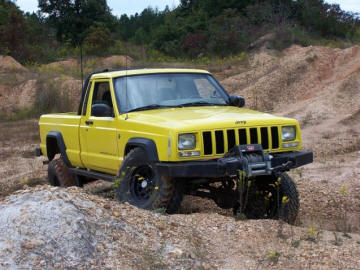 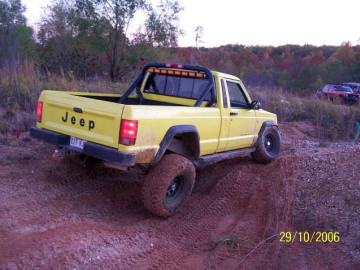 After appearing in the magazine, it got ARB air lockers front and rear, 8.5 inch Skyjacker springs with 2" spacers on top of that along with 35" tires. 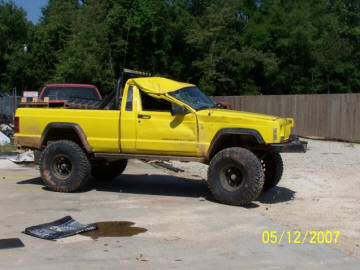 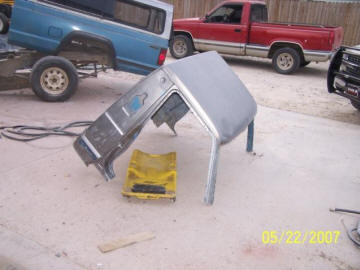 But...  I was playing a bit too hard back in April and I flipped it in the gravel pits. Friends said I got drunk and crushed the wrong can, but I don't think that's how it happened. :-) So the insurance company didn't have a clue what to do with how to handle my claim due to all the conversions. They ended up just cutting me a check, letting me keep the Jeep and go about repairing it in my own little way. I bought a 1986 LWB parts Comanche and removed the cab from it in all the factory spot welds. 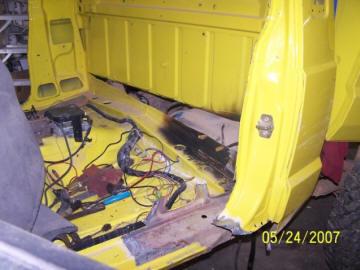 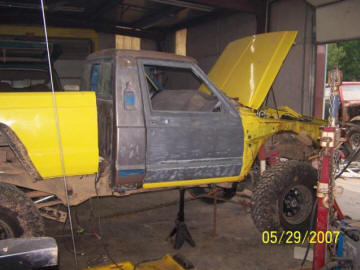 I then did the same thing with my Comanche. Cleaning up all the old spot welds, then installing the other section of straight cab 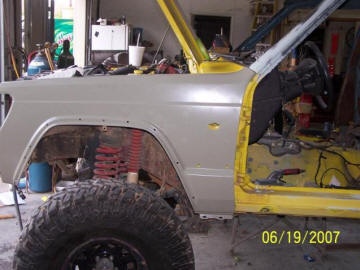 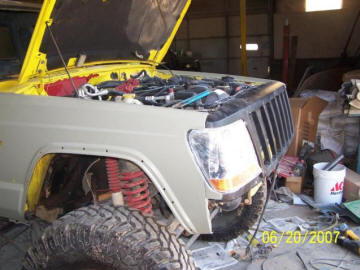 I'd made contact with some one in China about trying to obtain a 2007 China Cherokee front end. It was already in the process of being shipped to the US when I had the accident. I dealt with about 3 different people in China. This is the guy I actually purchased the parts from ZHAOYONG. These other two quoted me prices etc., but never any shipping information or prices, ANDREW YU and ASH SUTCLIFFE. See this web site also. The front fenders are slightly different, but only in the area of the headlamps. 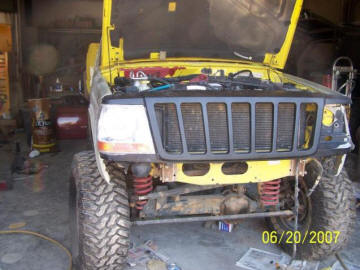 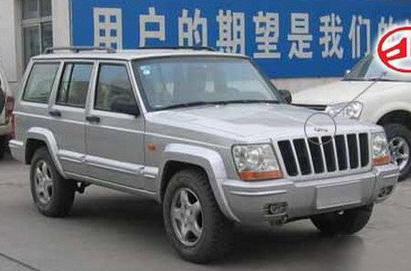 I think they'll work out just like the stock US made fenders. Here's what the 2500 Jeeps look like, going to be ONE SHARP COMANCHE, right?? I'm all excited!  I didn't order the front bumper.  I have a Warn 9.5 and will build a bumper to match up with the new grill.