A lot of Taurus fan installs fail due to using too small a wire and or relays. The high speed side of the fan draws 85 amps when first cycling up and then drops to 33 amps continuous. For the wire you must use 8 mm or 8 AWG wire and the relay must be able to handle the spike at start up. I have used a Hella 3061 relay, ordered in via the local auto parts store or you can get it sent world wide from this online store, for the high speed which can handle 180 amp peak and 100 amp continuous. For the low side, a standard 40 amp can be used but I used a 70 amp horn relay ( from Jaycar in Australia ) as shown. Some in the US are using a Ford starting solenoid, but with long term trouble, but the best seems in the US, if you cannot get one like mine, is the Bosch 75A relay. Some also using this 70 amp one but don't know of the long term reliability yet but NAXJA member Muad'Dib has been happy with this 85 amp one. 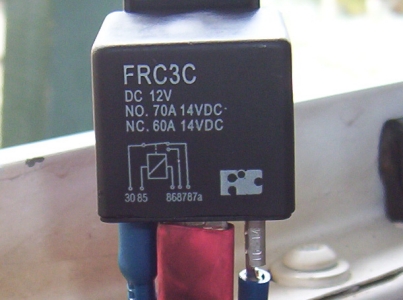 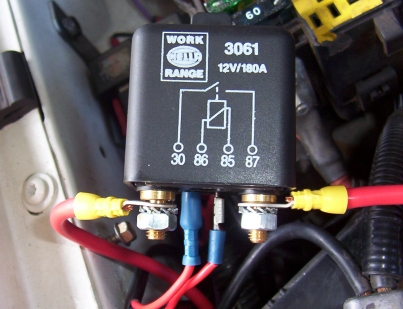 The left picture shows the relay for the low speed ( 2500 CFM ) on the fan. Pin 87 goes to the brown with orange stripe wire on the fan itself. The right picture shows the relay for the high speed ( 4500 CFM ) and the 87 goes to the brown with yellow stripe on the fan itself ( blue if you have the loom that plugs into this ). Pin 85 on both goes to ground and pin 30 goes to the battery via a fuse as shown below. Pin 86 on both relays goes through the firewall to the switch to select which speed you want it to run at. This is covered further down. 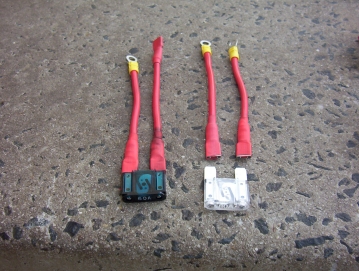 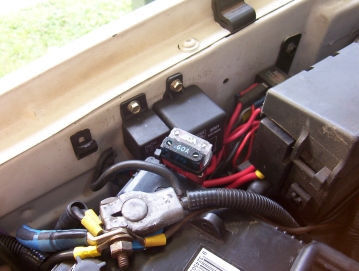 I could not find any fuse holders rated high enough to handle the current. So what I did is make my own by just using a 80 amp wide blade fuse for the high speed and 60 amp one for the low. Just crimped on some wide blade female terminals onto the 8 gauge wire and put heat shrink over them. One end went to pin 30 on each relay and the other was attached to where the battery cable attaches to the front of the fuse box. 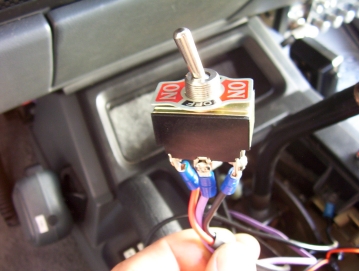 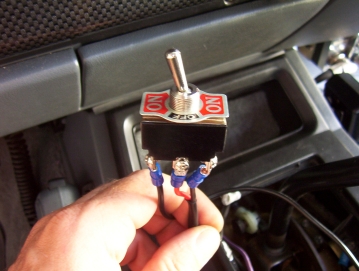 The fan is controlled by the ECU to come on and off with the stock A/C fan. The switch is a ON/OFF/ON one to select between the two speeds and turn off the Taurus fan on its own if left in the middle position. The middle purple wire on the left photo comes from the positive A/C fan wire at the fan plug itself. The rear black wire ( gets power when the switch is forward ) goes to the low speed relay on pin 86. The forward red wire ( gets power when the switch is pulled all the way back ) goes to pin 86 on the large high speed relay.

The other switch shown in the right photo I rigged up as well so that I could leave the fan to be run by the ECU, switch off for water crossings, and turn on at any time. The middle red wire comes from the wire that controls the fan. It is cut on the firewall side of the under bonnet fuse box, before the relay. On my RHD 95 it is a purple with pink stripe wire and grounds when the ECU wants the fan to turn on on 91+ XJ's. The rear wire on the right photo returns to the wire cut at the fuse box for when the switch is forward. The front wire just goes to ground for when the switch is rearward and is the manual override to turn on the fans at any time. 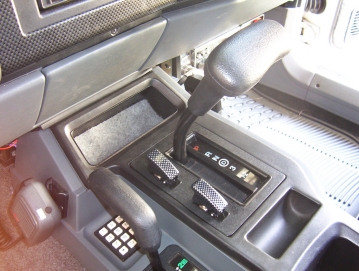 I used 'rocket launch' covers so it was obvious when the switches were not controlled by the ECU. The covers will only go down when the switch is all the way forward and closing the covers will switch them automatically to this position. So this is the position that should be setup as 'normal'. When the front switch is forward, both fans turn off and on via the ECU and using the low speed on the Taurus fan.  When all the way back, both fans still run, but now with the Taurus fan at high speed but still controlled by the ECU. When in the centre position, it will switch off the Taurus fan only but not really needed after I added the second switch later to control this.