If you run 31" or taller tyres then it is a good idea to run a steering box brace as many boxes get ripped off the frame. The wider the tyre and or the less wheel offset then the more leverage is placed on the steering box mount. If you use your XJ in the rocks or even drive it hard around corners then the more chance you are of damaging the mount. It also sharpens your steering response improving your handing in the tight and twisty as it removes a lot flex in the mount even if brand new. It is wise to do it before any strain on the mount occurs as  a preventative but it should not be made that ridged it causes as many problems as it solves which is outlined later in the writeup. I have designed it to mount from the bottom of the steering box on one side to bolting to the swaybar mounting point on the other. Don't forget to do a mirror image as I have a RHD but other wise it should be the same. 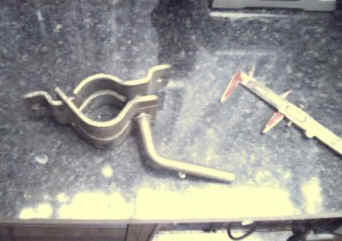 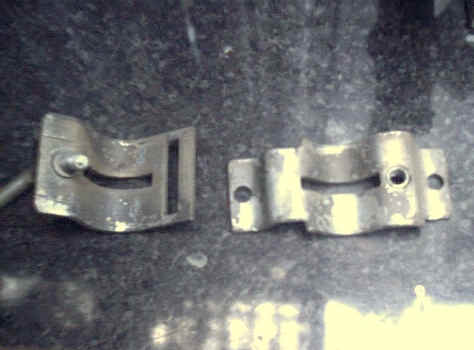 The first thing I started on was making the clamp for the bottom of the steering box. I was going to use a pipe and split it and weld on tags for the bolt holes when I came across a jockey wheel clamp off my trailer that was perfect for the job. I just used the back half of the bracket and cut the centre slot out to the ends. 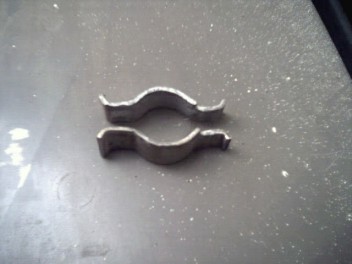 After splitting the bracket I cut off the original mounting tabs as shown. Next 5 mm plate 100 mm wide was used for the mounting brackets. The short one was cut 50 mm long and will go under the swaybar bracket on the steering box side to keep it level when the longer 150 mm one is added to the other side. The holes were drilled exactly at 10 mm so there would be no slack with hole spacing from top to bottom being 14/72/14 mm and 25 mm in from the end on both pieces. The corners were cut off to clear the skid plate mounts. 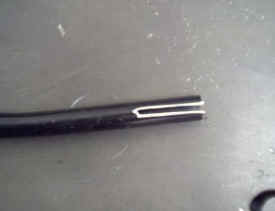 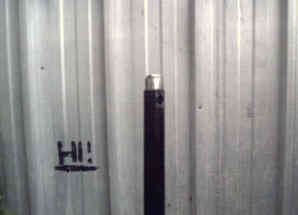 I used chrome molly mountain bike handle bars that were perfect for the job but otherwise use some 25 x 3 mm steel pipe 557 mm long. The reason for using this also is that it allows a controlled amount of flex. You want just stop it flexing beyond that which the mount can cope with to stop fatigue cracks. If you make it too ridged it will cause more stress on the mount and can lead to tearing. The slot was cut 52 mm long to slide over the bracket which stiffens the joint and increasing the welding area. The other end was ground with a curve to match the steering box and a wheel nut rounded and hammered in ( shown prior to hammering in ) to stop crushing the end. A 3/8" hole was drilled 11 mm from the end so it would be hard against the box when fitted. 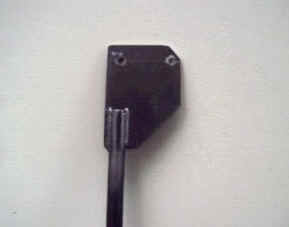 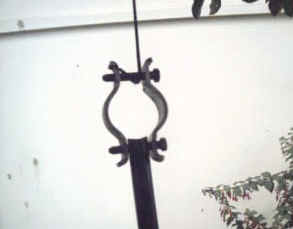 Above shows the tube welded in position which was determined by holding the steering box end in place and then vice gripping the tube to the bracket which was bolted in once it was parallel to the front cross member. It also shows the curve of the tube end and shape of the bracket. If you don't have access to a welder you could cut the bracket 25 mm longer along with the slot and drilling two holes through to bolt it together. 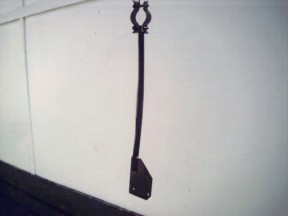 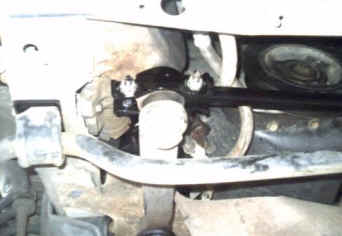 The curve in the handle bars gave extra clearance under the crank pulley but not absolutely necessary. The packer under the sway bar was added first along with the main bracket on the other side loosely until the steering box bracket was bolted in using two grade 8 3/8" UNC bolts 2" long with nyloc nuts. 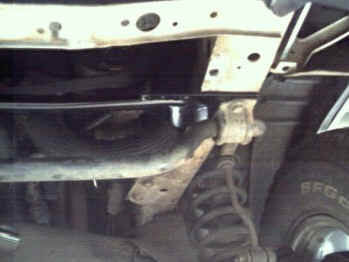 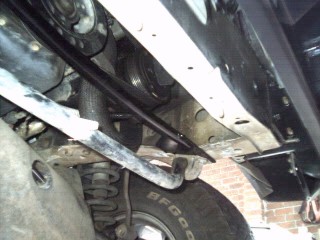 You can see above how the whole lot bolts in and provides a great strength improvement that cost me nothing but a short afternoons work.