This is a very simple modification which raises the front lip of the transfercase skid to stop it getting caught when ramping over obstacles. Gets rid of the weak nut inserts that hold it in place to the cross member too.

First thing to do is to make a 1" spacer to fit under the frame end of the skid as shown here. You cant just raise the cross member end only as the transfercase would not clear the skid plate. Remember that the frame end lowered an 1" still leaves it higher than the cross member end so no loss of ramp over angle. You can bend the centre section of the skid down further to clear under the transfercase if you like by hitting it with a sledge hammer between two blocks so a thinner or no spacer is needed at the frame end. You will have to flatten out the ends of the skid as well where it bolts so it sits flat there. Have done that before 10 years ago on my first XJ but this XJ I had already had to weld in the frame spacer due to the nut insert having been ripped out before hand. 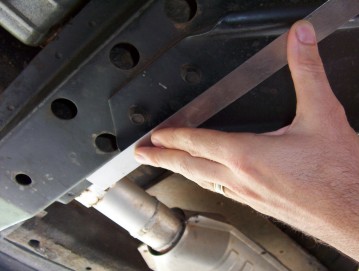 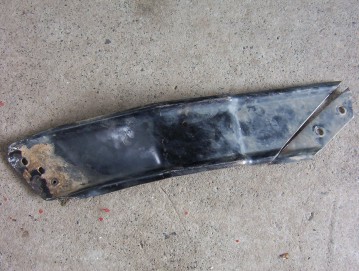 Having the skid bolted in place, just simply scribe a line across the skid at the edge of the cross member before it goes up to the pinch seam. Cut this off using a angle grinder with a cut off disc in place. 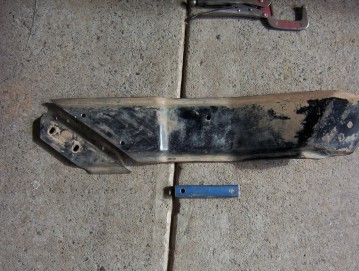 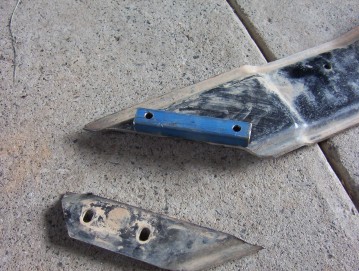 Then drill two 7/16" new holes in it as shown as well as in a 3/4" piece of tube the width of the flat part of the skid. This will raise the skid up enough that the edge fold will be flush with the bottom of the cross member and that the bolt heads are too so cant get hooked up. The photo above shows the piece cut off as well as the spacer sitting in place. 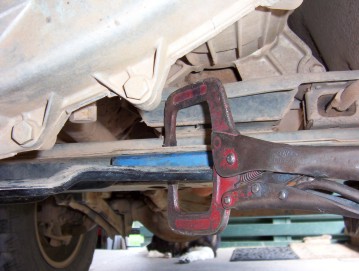 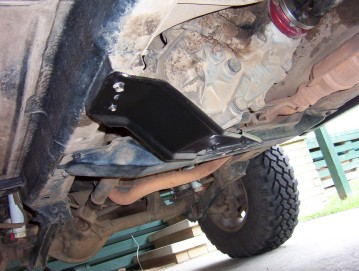 Bolt the frame end up and clamp the spacer in place inline with the holes. Then drill through them into the pinch seam of the cross member. Then use two grade 5 3/8" bolts around 1.5" long with washes to bolt it in. You see now in the pictures above and below that the skid plate is now flush with the cross member rather than hanging below it as before. Makes for a smoother transition to the lowest point which is unchanged below the transfercase. 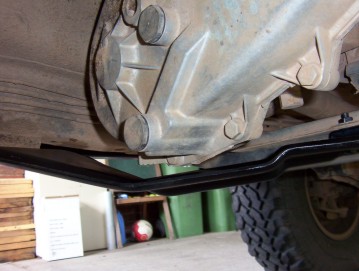 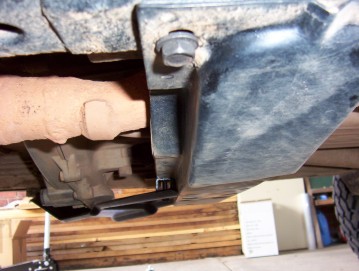