I removed the intake hose silencer to see what effect it would have on the economy and did this with two XJ's at the same time both fitted with trip computers. I then six months later added them back in to see what would happen and the exact same results were on both vehicles. After removal an improvement of 1/2 to 1 l/100km ( .5 to .75 mpg ) was seen and then lost when re-fitted. Both XJ's have a very similar routine week to week and vary less than this in economy changes. Now this also is the venturi for the charcoal canister but has little or no effect removing it as all those that have replaced this intake hose with a metal one and cone filter just have a piece of pipe welded in in it's place. If it had a negative effect on the operation of the car then you would use more fuel without it! 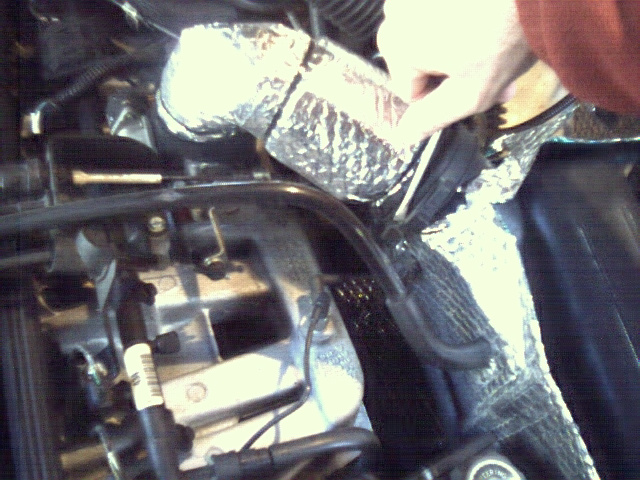 Release the intake clamp by levering under the tooth area or use a large screwdriver under the ridge and pushing down to lift up the same tooth area. Once it is off you will see a tab in a slot just in front of the screwdriver shown with a yellow arrow. 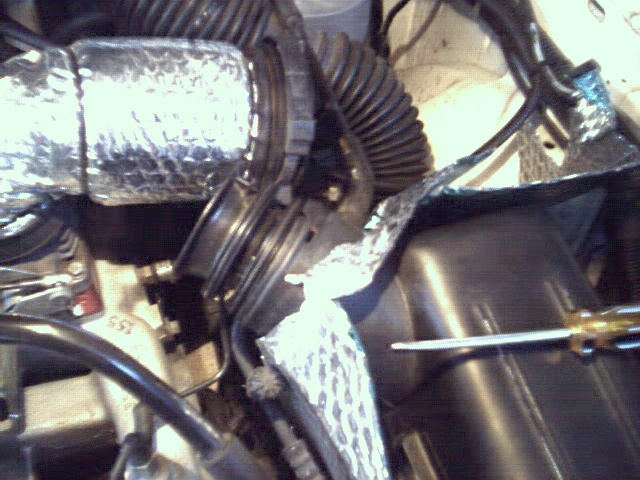 Push the screwdriver into the slot pushing the tab forward. You now should see the silencer move out enough that you can grab it with your fingers or lever it with a screwdriver as shown by the arrow. Now continue to wriggle it until out. 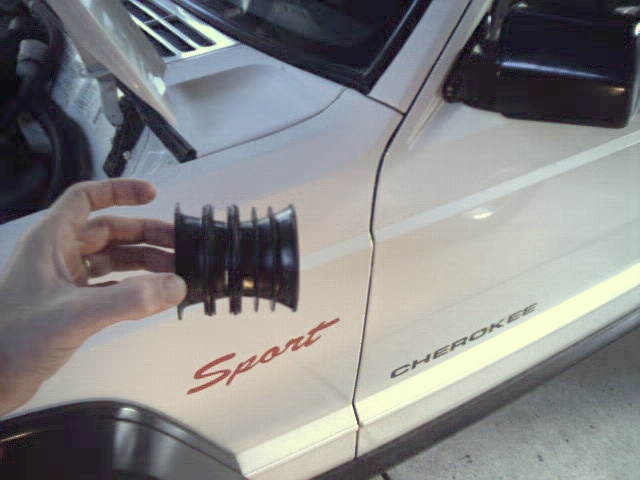 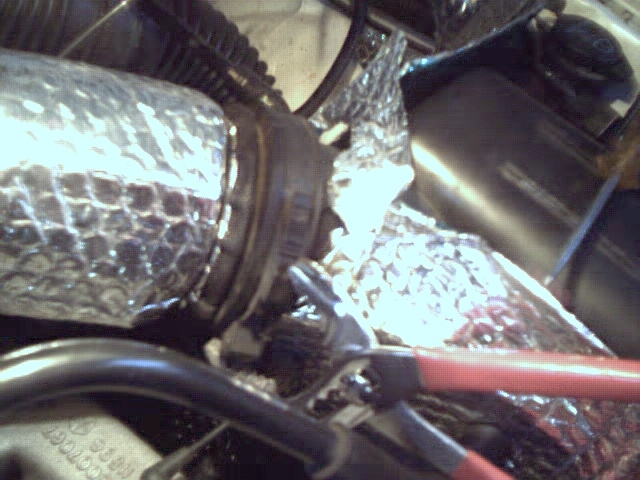 Above is what you should end up with and now it is just a matter of putting the intake hose back on and using some channel lock pliers to close to clamp up nice and tight. I did not notice any extra noise at all so it seems a waste of time to have it unless you only ran highway tyres and no stereo.