If you have trouble with starting in Park or Neutral or if your reverse lights no longer come on every time when selecting reverse gear on the auto, then it is a fault of the Neutral Safety Switch or NSS. These are very expensive to replace ( $300 AUD. ) but most times they only need to be removed and given a good clean and re-assembled with new grease. Some times though only an adjustment is needed so read the last part of the write up first on how to do that before pulling it apart in case you are lucky and adjustment is all you need. I just did one that only needed the top adjustment bolt loosened and the NSS turned clockwise as far as it would go, bolt tightened again, and the reverse lights worked again and still started in Park and Neutral. 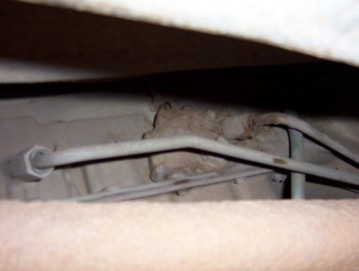 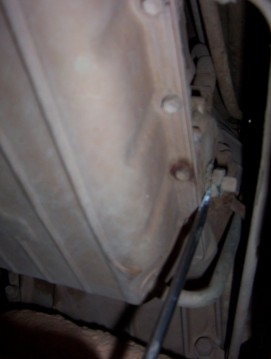 The NSS is on the side of the transmission on the right side just between each of the cooler lines where they enter the auto. Make sure you place the transmission in neutral before going any further. Then remove the top most bolt and also bend down the tabs that stop the main large nut from rotating. Loosen this nut but not completely. The NSS must not be rotated but pulled straight out which can be difficult to do. Use a large screw driver as shown to carefully lever under the nut and against the edge of the pan to work it off. 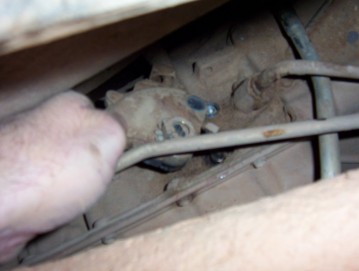 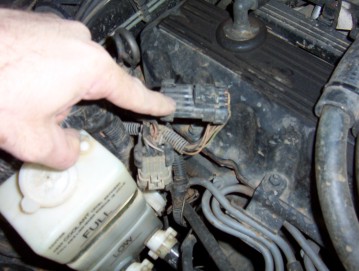 After getting it free the NSS now needs to be un-plugged so that it can be completely removed for cleaning. The plug is up on the firewall just in front of the dip stick for the auto. To make getting the cable back up there later on it is a good idea to tie some string to it before dropping it out to help pull it back up again later. You will have to cut a few zip ties along the cable so that you can pull it down. 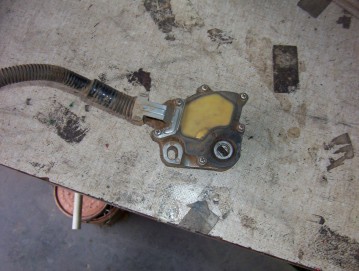 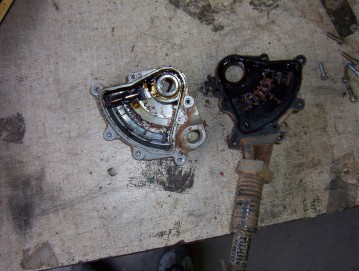 The NSS can now be split by undoing the screws holding it together. Be careful pulling it apart as the wiper arm has two contacts which have spring pressure behind them. These are often the main cause for the faults as they get gummed up and stuck so make sure these move freely under the spring pressure once clean. 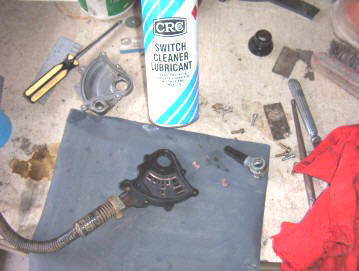 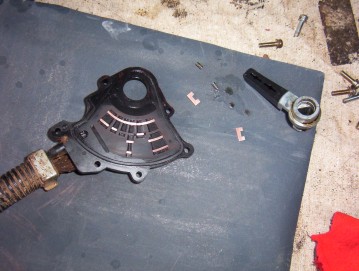 I used CRC Switch Cleaner and Lubricate to clean everything up and it work very well. Heard of some using carb or brake cleaner but be careful that they don't damage the plastics in the switch. Clean all the contacts with some very fine emery paper if they have not come up perfectly clean. 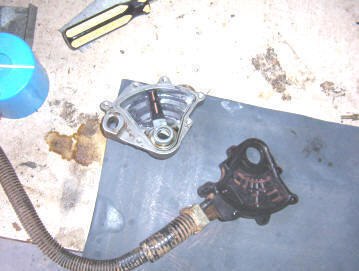 Replace the grease with dielectric or lithium grease but do not go over board with it. Just a smear as shown is enough. Re-assemble the contacts back into place and don't forget the two springs used under the contacts in the wiper arm and that they move freely under the spring pressure. Place the NSS back onto the shaft with the bolt and nut loosely. Pull the cable back up with the string you left in place and reconnect. You can line it up as shown above to align the NSS or just simply turn the ignition until the warning lights come on, and then select reverse. If the reverse lights come on and you can still start the engine in only Park and Neutral, you have it perfect and can tighten down the bolt and nut and bend the tabs over.

How to bypass the NSS in an emergency

If you are stuck some where and need to get the vehicle started, you can jump the two black wires usually marked B and C on the plug on the switch side the the plug. I have seen just a safety pin pushed through the both on them to get going in a pinch. WARNING, you have bypassed a safety device which was there to protect you from the Jeep launching forward or backward into to someone if it is started in gear!!! Also you may get a check engine light and will have no reverse lights but can get you home if stranded out in the bush.