This is write up showing how to use another XJ Cherokee main leaf to gain a 1"- 2" of lift and stop the wallowing that the stock setup has. My Cherokee came with Up-country Suspension option as do all Sport Cherokee's in Australia. These give a 1" raised suspension over a stock height or Limited version here. But the suspension is still quite soft and you can even see the suspension sag as you fill the petrol tank. So by adding another main leaf with the eyes cut off to place now second in the pack, you get a better ride and around 1- 2" of lift depending what main you add and what pack you started with. 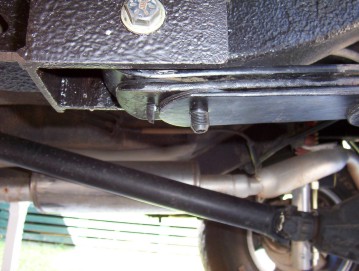 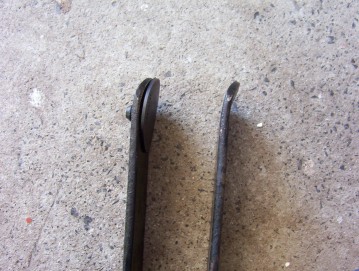 Everyone just cuts the eyes off using a angle grinder with a cut off wheel and leave it at that. That is fine but I did mine a little differently. As the normal second leaf is quite long, to help reduce axle tramp, you can end up with the new leaf the same or even shorter than that. So I cut mine as long as possible going into the curve part of the eye even. Look at the first picture and you see how long I made the new leaf over the stock second leaf which is now the lowest one in that shot. But due to the curve I had to flatten it out some for it to me able to sit flat under the main leaf. I did this by hammering it over the top of a bit of railway line.  Also thinned the top of the end a bit with the grinder to help it sit flatter and soften the end some. 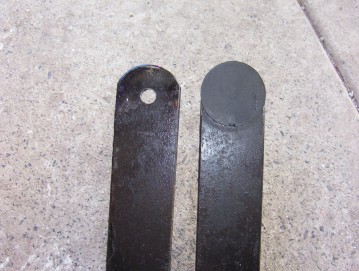 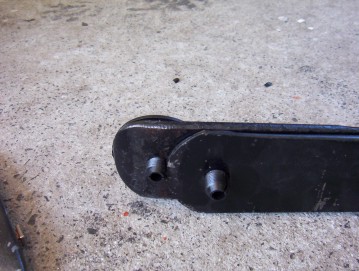 It is also better to put a curve in the cut as it reduces the stress and distributes the load on the tip over a greater area. I drilled it using a masonry bit normally used for brick and concrete etc to accept a friction pad as well. Takes a while drilling first a pilot hole with a cobalt bit and then slowly with oil using the masonry bit. Be easier using a cobalt drill bit for the larger hole too but they are quite expensive in that size. The friction pad locator was also partially trimmed after it passed through the leaf to clear the second leaf under full compression and seen in the first shot. 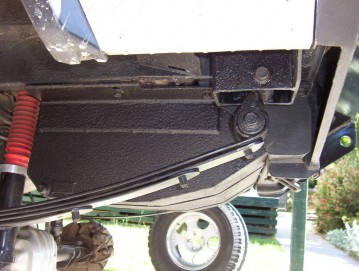 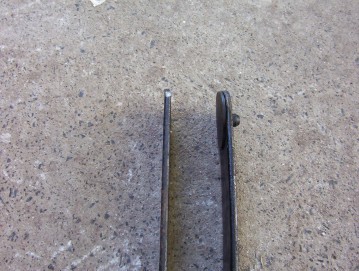 The same technique was also down at the rear end of the leaf. It was cut to follow the same curve as the fiction pad as well as flattened and ground a bit thinner to rest neatly under the main leaf. Thanks also to John Herrick for getting me these new friction pads in the USA as they could not be bought without a whole new leaf pack from Jeep Australia! Smaller Landcruiser ones were the only ones I could get here as an alternative from the after market as well due to the bigger 9/16" locating hole size than normal 1/2" or oval hole in the leaf. 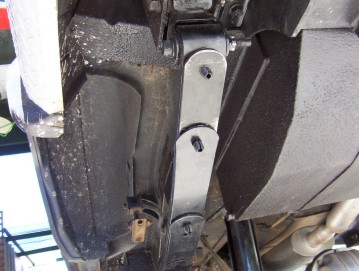 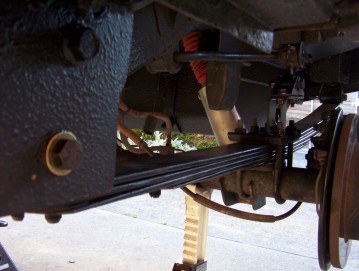 I got 1.5" of lift over a standard Limited lift height from doing this but I did use my old Up Country Sport main leaf but the rest of the leaves were from a standard Limited pack. Most achieve around the 1" of lift when using a standard leaf pack and standard extra main leaf. You may get 2" using all Up Country leaves and main too over a standard leaf pack. These can be spotted in a wreaking yard as they will never have a rear swaybar fitted and must also have the longer black rubber bumpstops as well.

Don't forget that my setup will looks different to yours as I replaced my original spring hangers with ones that sit 3" lower than standard which give me a total of 4.5" of lift if including this extra main leaf as well. I had set it up with all the lift coming from 4" dropped brackets but the ride was too soft and could not take a load so shorten the bracket to 3" and added the extra leaf to get a ride I am very happy with.