You can make pre 1997 front guards the same as those made after that date in the length of the front guards. It is often done to make more room for bigger tyres after you have put in longer control arms to keep the tyres from rubbing on back of the inner guard. I also much prefer the look as you then can get rid of the front air dam and expose more of the front tyres from the front. This also increases the clearance when approaching obstacles. It was also needed to fit my new custom bumper that I was making. 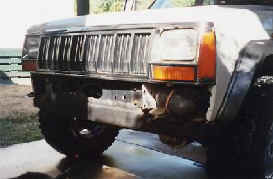 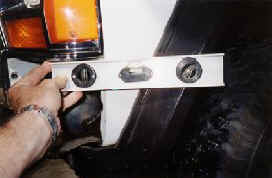 After removing the front bumper I made sure that the car was level front to rear and left to right. You can jack the appropriate corner if it isn't and this will allow you to use a level when determining the cut line. I drew one directly under the light surround and then another 3/4" lower than this. 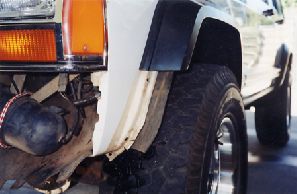 On the upper line I cut the flare with a utility knife as it is fairly soft and leaves a clean cut. I removed the lower four nuts that hold on the flare when I got near the guard so I could pull it away enough to finish the cut. You can then un-bolt the lower support for the air dam and then the real stuff starts. 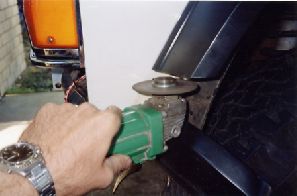 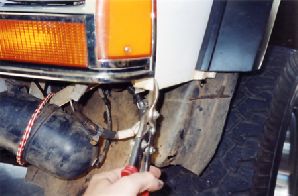 I used a angle grinder with a cut off wheel as thats all I own and works quite well and very quick. Cut along the line thats is 3/4" lower than the flare and remove it all. Then cut with tin snipes vertically up in the corner to the higher line as well as up on an angle along the fold line at the other end. 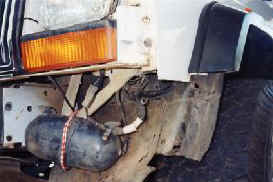 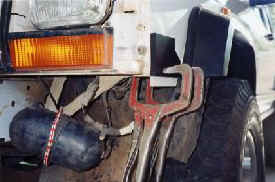 Remove the metal each side of the two cuts so all you have left is the flat piece of guard as above. Using two 'C' clamps I held in place two pieces of 12 mm thick plastic along the upper line on the front and back and the same length as the flat part of the guard. You can use hardwood or metal so long as you protect the paint work. 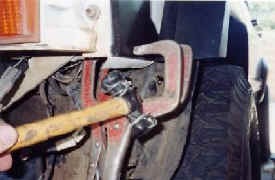 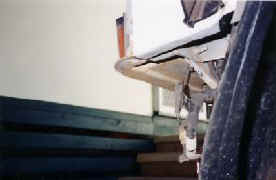 I then used a hammer with some leather wired to it to slowly bend the metal until it is a full 90* giving a nice smooth edge and not a sharp one than would have been left had I just cut it. This is also how the later model guards are finished off at the factory. The paint will proberbly crack at the fold and I touched it up with a small brush and after half a day lightly rubbed over it with a rag soaked in petrol to get a nice smooth finish. 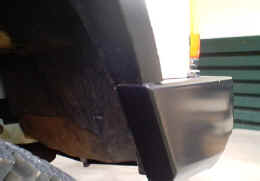 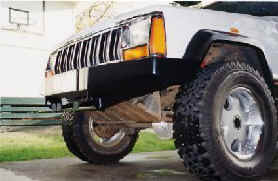 The finished bumper was fitted and the rubbing I had was gone. I think it came up pretty well and no-one has ever picked that the guard was ever chopped as it looks stock.