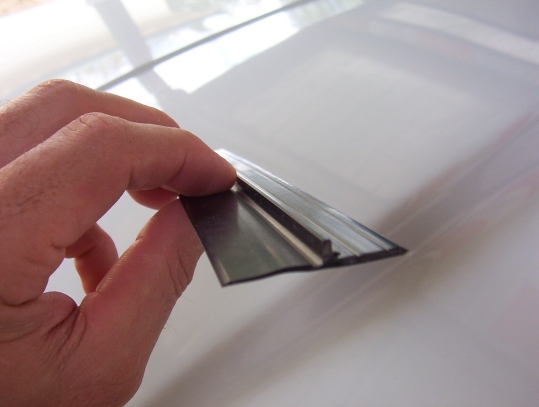 Been looking for a long time for some way of just extending the coverage of the flares to cover the tyres that was sticking out. There was plenty to choose from in the 2" range but only wanted just enough to cover the tyres and that's all. Then one day coming home from yet another search amongst the hardware store shelves empty handed, I open my security door and saw the weather strip along the bottom. It was black to match in with the flares and had the exact profile I was after. It covers 22 mm and is a hard plastic that goes under with the other half a soft rubber like material. 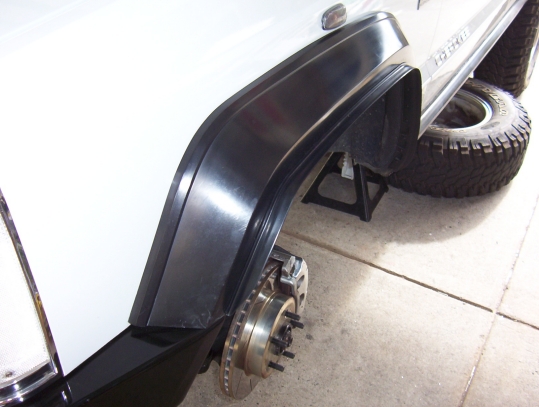 I could buy it by the meter from the place that builds security doors locally so getting the right amount of length was not a problem. I just attached it using 1/8"x3/8" rivets using one size smaller drill bit. I found that forcing the rivet through the plastic this way, and using the longer rivets, I didn't even need washes on the back of them. 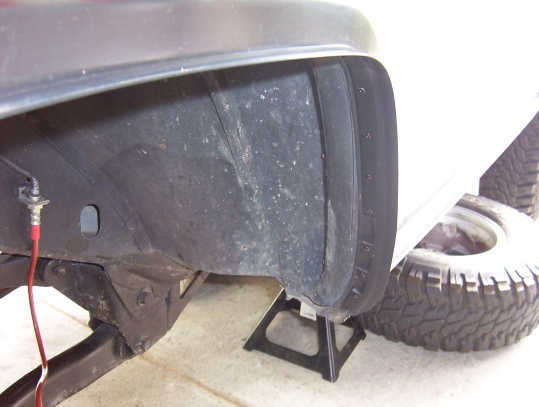 Was easy to bend them through the curves up and down but in and out was hard near the ends.  So I just cut out small sections of the inner part for the tighter in and out bends there which you can see in second photograph. I used some black sealant around those cuts outs to prevent any muddy water going past. 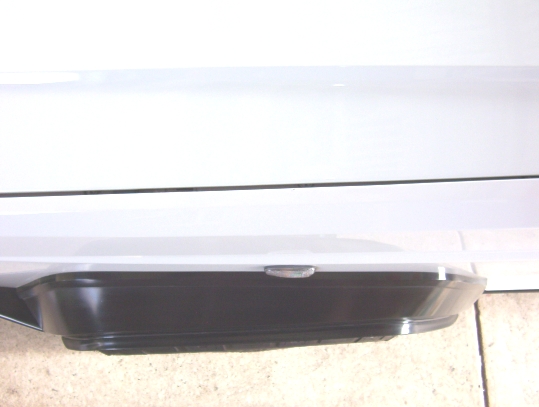 This photo shows the coverage over a 265x75x16 MTR which is 32"x10.4" on a 16"x8" rim with 4.75" of BS. If I put a level on the upper sidewall vertically and measure back to the flare it still stuck out 6 mm or less than 1/4". Without the level you would not notice this so will be fine for legalities as had my rears pass with 13 mm sticking out. So long as the tread is covered in my state they seem happy. 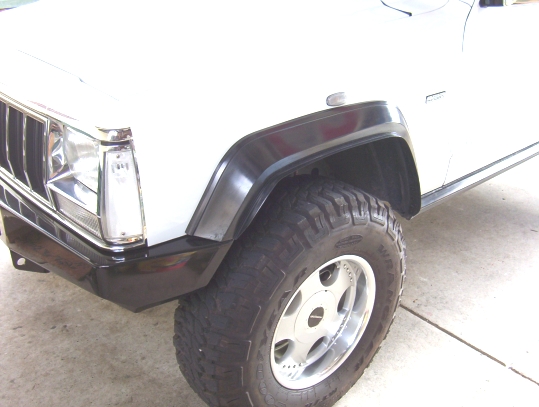 So will make me less nervous when cops pull me up and they are hard to notice which is what I was after. Keep more mud of the doors as well. 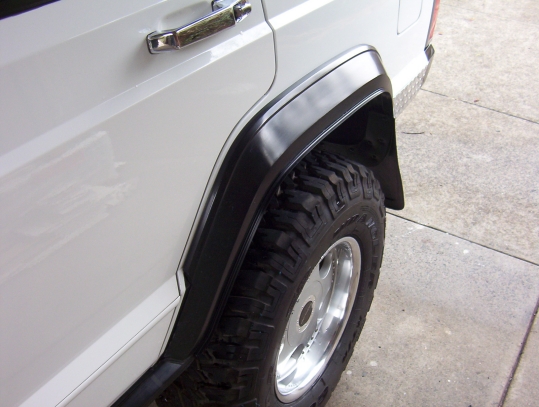 My wife also wanted the rears done so they tied in with the front and also legally cover the rear tyres. I didn't need the full width of the strip so I place a strip of timber on edge the width I wanted. Then cut along this with a knife to cut a clean straight edge. 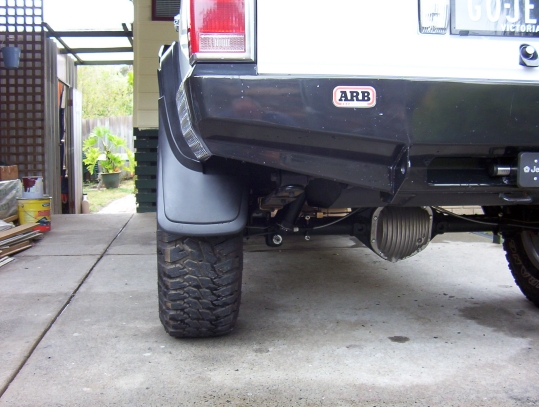 I also added some moulded mud flaps as I have been booked twice already for not having them. I used Powerflow Model 6 Pro-Fit Splash Guards #6416. The moulded lip against the flare was trimmed back until it followed the edge of the flare. The supplied self tappers were screwed into the inside lip of the flare with a one piece strip of steel covering the back of it to give strength. I also added a separate piece of rubber to run from the  bottom of the wheel well to the mud flap so it would stop any mud draining down the outside of the mud flap. These cover my 32's with 8" wide rims with 4.75" of BS perfectly. Can still be moved either way to centre it if necessary.

Like to thank Ben Cushing for buying  and sending them over to me.