I had trouble that the battery would only last 18 months even with constant up keep and re-charging before it got too low. The problem also is that the battery range is very limited in Australia as the only other vehicle running the same size case, and what they supply usually, is a Hyundai Sonata which is a little V6 sedan. The thing is that these batteries have only around 430 CCA and 85 RC and have thin plates to give a quicker high discharge ( CCA ) at starting, but give problems when you subject them to vibration from gravel roads and corrugations let along rough four wheel drive tracks. Also thinner plate means that the reserve capacity ( RC ) is rather low and they cannot take a discharge from running a light while camping  and I even had trouble I had trouble that the battery would only last 18 months even with constant up keep and re-charging just from the drain from the radio and computer memory let alone if you wanted to run a fridge or winch! I have gone for the biggest I could fit in within the length and height the space would allow. I have chosen a Exide Endurance 4x4 battery ( N50ZZ ) which have not only thicker plates but more of them as well as special supports for the plates to stop damage to the plates from vibration. It has 520 CCA and 110 minutes of RC. There is now a Extreme version ( N50EX ) with the same dimensions with 550 CCA and 120 RC. Otherwise look at a Optima battery which will just fit into the stock tray but is three times the price! 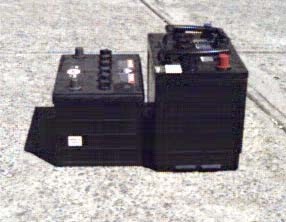 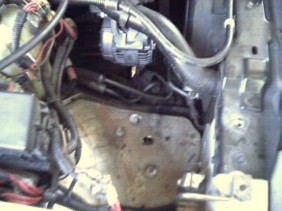 Here you can see how much bigger it is with the size being 260Lx173Wx225H. After removing the old battery and tray you are left with three studs at the bottom. The alternator of my model is the limitation in length as I really wanted the N70ZZ but it was way too long. 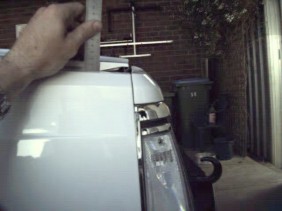 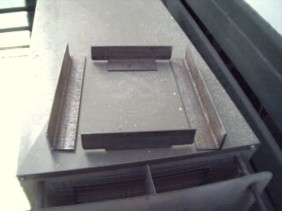 I lowered in the new battery making sure it would not short out and found that due to the curve of the inner guard I was still 15 mm short without taking clearance into account! With a bit of hammering just along the edge of where the battery tray would rest against the guard I could get it low enough with about 10 mm or more of clearance. I made the new tray from 40x3 mm angle iron cut out as shown so it would be flat where the battery sits with maximum contact around the base of the case. 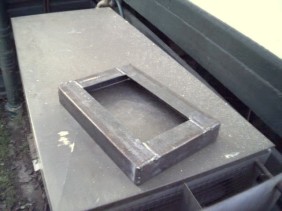 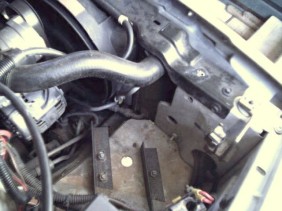 Here is the tray all welded up ready for the base brackets. I used more of the same angle with the ends cut to follow the inner guard as shown in the picture. 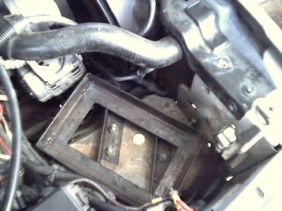 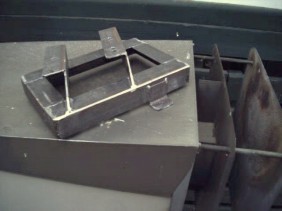 I just rested the tray on top after bolting the brackets down for final positioning checked with the battery in as well. Carefully lifting it back out I then marked where the tray sat on the brackets then removed everything to weld them to the tray. They look like they are not welded square but it is just the angle of the photo. 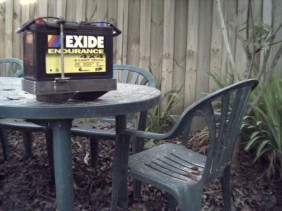 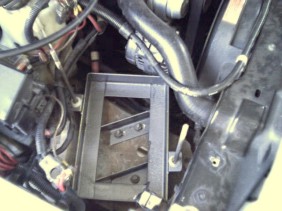 A bit more angle was cut and welded to the tray up from the bottom a bit for the battery hold downs from the stock tray. Even used the old plastic washes which stop the rods falling down when the clamp is removed. The whole thing was then bolted down as shown in the above photo. 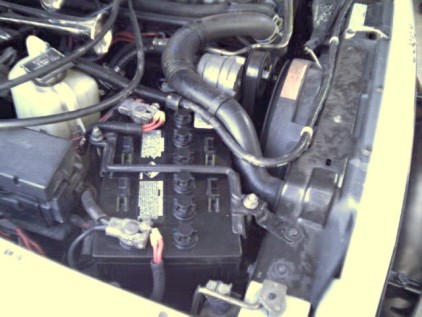 The battery was lowered in with the original top clamp to hold it in place. The front rod support was flipped over and re-used like the newer XJ's have theirs. There is no reason for those that have a cone type filter with the old filter box removed that the mirror image of this tray cant be made for a second battery on the opposite side.