I am running injectors from a 2000 model Cherokee which came with my 2000 intake which I fitted for better torque. I choose to run them instead of my old ones as they very in much better condition and flow more fuel and have a better spray pattern for more efficient vaporization. The problem is that they are designed to run at 49 psi and not the 39 psi that my 95 and earlier ones run at, ( see Dino's great site for this information ). This meant I was getting less fuel and not the better performance either. But Hesco make a adjustable fuel pressure regulator ( AFPR ) for pre 96 ( OBDI ) models that have it on the fuel rail instead of inside the tank as on the later models. 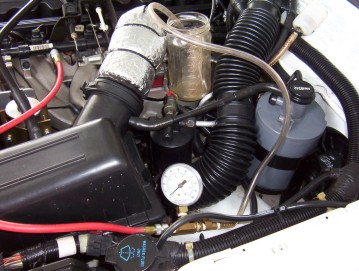 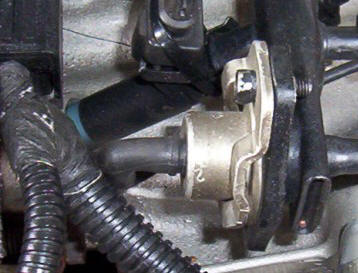 First thing to do is bleed off the pressure from the fuel rail which you can do using a fuel pressure gauge or simply depressing the Schrader valve. Just make sure everything is cold as you don't wont to start a fire! Then remove the vacuum hose and the single bolt at the top. 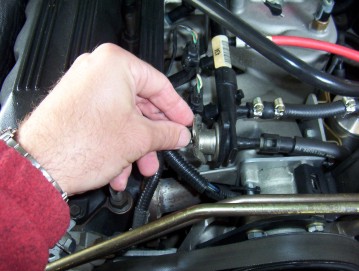 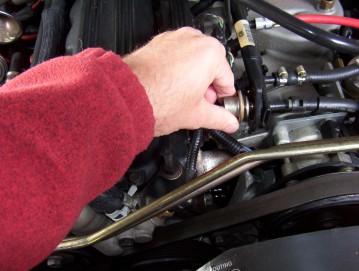 Hinge back the bracket and remove it. The pressure regulator can then be pulled free. Keep an eye on the O ring order and I found one of mine remained stuck in the rail and had to be removed separately. 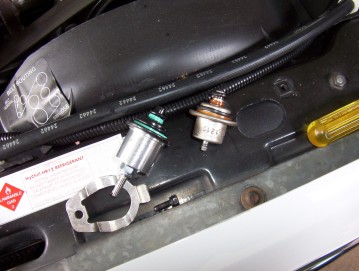 Here you see the new new one along side the old. Fitting the new one is a reverse of taking the old one out. The instructions called for fitting the supplied 2 washes between the bracket and the mount but found this was not tight enough later as the AFPR started to spin when I had the adjustor wound in hard. 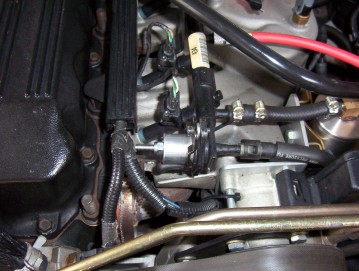 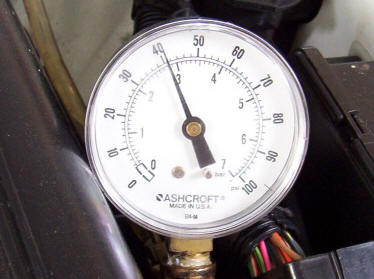 Remember that you must take the fuel pressure readings with the engine running at idle and the vacuum hose disconnected from the AFPR. Without any adjustment done the pressure was just under 41 psi which is what they set them all at as they found it a good setting for those running stock injectors with intake and exhaust modifications. 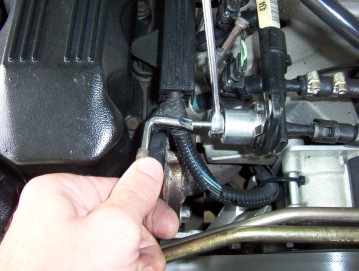 To adjust the AFPR you hold the hollow shaft with a screw driver ( I used a right angled one as space is tight ) and back off the jam nut. You then screw in the hollow shaft with the screw driver to increase the pressure. I had to turn mine in as far as a could and with some effort manage to squeeze the 49 psi I needed ( the shot is slightly angled ). Then you lock the nut back against the body to stop it moving.

I did notice an improvement straight away after fitting this in both power and economy so very pleased with the out come. Recently Coas from Jeep Cherokee Forum says, there are fuel regulators that fit Jeep fuel rail with no modifications. Chrysler #4418850 or 5277829 or 5277864. These regulators will bump the pressure up to 40 idle 48PSI at WOT. Might be a cheaper way to go about it so worth checking out. Here is the original thread with lots of good injector information there too.